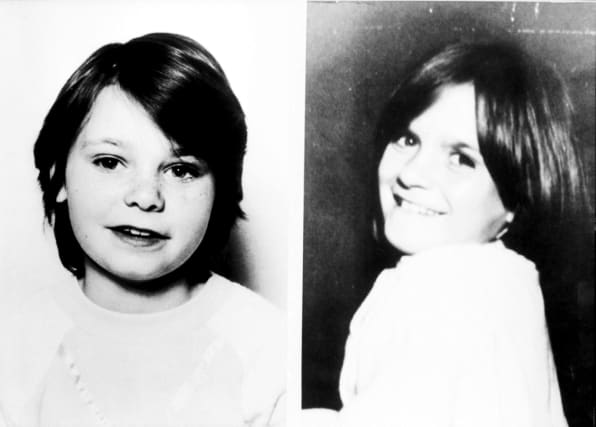 The former girlfriend of Babes in the Wood murderer Russell Bishop is to be charged with perverting the course of justice and perjury.

Jennifer Johnson, 54, of Brighton, has been summonsed in relation to the failed 1987 prosecution which ended in Bishop being cleared of killing schoolgirls Karen Fellows and Nicola Hadaway.

The two nine-year-olds were found sexually assaulted and strangled in a woodland den in Brighton in October 1986.

Bishop, who was 20 at the time, was put on trial for murder the following year but was controversially acquitted.

Within three years he went on to kidnap, molest and throttle a seven-year-old girl, leaving her for dead at Devils Dyke.

While serving life for attempted murder for that offence, Bishop was ordered to face a fresh trial in light of a DNA breakthrough.

And last year the convicted paedophile was found guilty of killing the two schoolgirls, bringing to an end their families’ long fight for justice.

On Tuesday afternoon Sussex Police announced that Johnson, who had been Bishop’s girlfriend at the time of the killings, will face charges relating to statements she made to police and evidence she gave at Lewes Crown Court in November 1987.

The prosecution, authorised by the CPS, follows an investigation by detectives from the Surrey and Sussex Major Crime Team.

A spokesman for Sussex Police said: “We have ensured that the families of Karen and Nicola, and the victim of Russell Bishop in 1990, are fully aware of this significant development in the case and we will continue to keep them informed.

“We understand that this development will cause considerable public interest, but we remind the public that this case is now before the courts and it is essential that nothing is published or broadcast, including any comment on social media, that could create a risk of prejudice to the course of justice.

“Any such material would be reported to the Crown Prosecution Service.”

In a victim impact statement, she said: “Finally justice has been done and Bishop has been seen as the evil monster he really is.

“This is the result we should have had 31 years ago. Having to go through a second trial has been traumatic and heartbreaking for me and my family.”

Sue Eismann, Nicola’s mother, told how her world “turned upside down” after the death of her daughter.

On her feelings about Bishop, she said: “I have lived with the pain, the loss and sheer hate towards him for what he had done for the last 32 years.”..