Couples should consider moving in together during coronavirus crisis 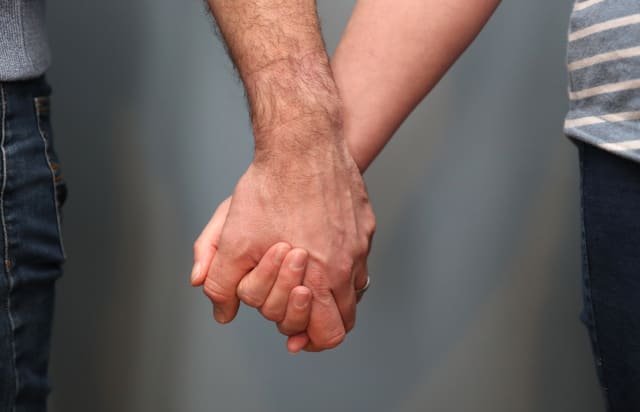 Couples living separately should consider moving in together to circumvent the tight restrictions imposed on leaving the house during the coronavirus lockdown, according to Government advice.

Prime Minister Boris Johnson announced on Monday that gatherings of more than two people are to be banned as the country tackles the coronavirus pandemic.

In an address to the nation, the Prime Minister advised that any contact with people not living in the same household should be conducted while keeping at least two metres apart.

Deputy chief medical officer Dr Jenny Harries said these rules would also apply to non-cohabiting partners, who could pass on the deadly virus if they continued to visit each other at their respective homes.

At a press conference in Downing Street on Tuesday, Dr Harries said couples could “test” their relationship and move in together while the clampdown on movement was in place.

New rules brought in allow only four reasons for leaving the house: shopping for basic necessities, taking one form of exercise per day, for medical needs or travelling to work that cannot be done from home.

Dr Harries, answering a question at the first virtual Number 10  conference, said: “If you are two individuals, two halves of the couple, living in separate households then ideally they should stay in those households.

“The alternative might be that, for quite a significant period going forward, they should test the strength of their relationship and decide whether they should permanently be resident in another household.”

She warned those in such a situation that they should make a decision and stick with it, or else they could be putting their families in danger.

“What we do not want is people switching in and out of households,” Dr Harries added.

“It defeats the purpose of the reductions in social interactions and will allow the transmission of disease.”

The Prime Minister’s official spokesman had earlier told reporters, during an afternoon conference call, that “common sense” should be used by a girlfriend and boyfriend living apart.

Asked about the dilemma facing such couples, the PM’s spokesman said the “rules are clear”.

“I think you should look at those rules, they are an instruction given by the Government for a specific reason which is to save lives,” said the Downing Street spokesman.

“People should follow the rules and do so in a common sense way.”

He added: “When you are out of the house, you should only do so with members of your own household or if it is for work reasons.”

The PM’s spokesman said exemptions to the rules on being outside the home applied in two scenarios – key workers taking their children to school and children living with two separated parents.

The comments came after Cabinet Office Minister Michael Gove was forced to backtrack after initially saying the children of separated parents should not move between households.

But the Number 10 spokesman said: “Two particular issues have been raised which are clear in our guidance.

“Those are around key workers taking their children to school and also the issue of separated parents and ensuring children can move between those two carers.”