Coronavirus: Break times should be staggered to maintain distancing in schools 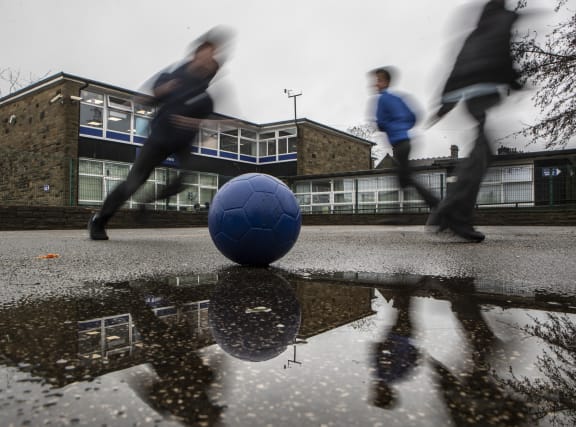 To effectively implement social distancing measures, the Department for Education (DfE) advises that class sizes are kept as small as possible and parents should be discouraged from gathering at school gates.

Children, parents, carers or any visitors, such as suppliers, should not visit the educational setting if they are displaying symptoms of Covid-19, while unnecessary travel on coaches, buses or public transport should be reduced.

Schools in England officially closed on Friday, but have remained open for vulnerable youngsters and children whose parents are key workers, such as medics, police and delivery drivers.

Following concerns among school and teachers’ leaders about a lack of clarity on how to keep those children and staff safe, updated advice was published by the department on Tuesday evening.

Government guidance says that by staggering lunch times, break times and any movement of pupils around the school, the chance of large groups of children gathering will be reduced.

It acknowledges that as social distancing measures will be harder to implement among very young children, staff should follow the measures as much as they are able to while ensuring pupils are safe and cared for.

Guidelines ask all staff and children to frequently wash their hands for 20 seconds, while surfaces in classrooms, including desks and handles, should be cleaned more often.

Although children are likely to become infected at the same rate as adults, the Government said the infection is usually mild.

In most cases among children and staff it will not cause serious illness, the guidance added.

Union leaders have been calling for clear advice on issues such as social distancing and whether there is a need for personal protective equipment (PPE) such as masks.

In the newly-released guidance, the DfE said they would be issuing further details regarding the supply of PPE to educational settings where it is required.

Should any education and childcare settings face additional costs as a result of the coronavirus crisis, the department says it will put a new process in place to reimburse schools for exceptional costs.

It comes after teachers’ leaders took part in a telephone meeting with Education Secretary Gavin Williamson on Tuesday afternoon.

“He was really understanding of the concerns that we were raising about vulnerable members of staff in schools and about the safety of children, teachers, support staff and leaders,” Dr Bousted said.

Early indications suggest the numbers of pupils arriving at schools is lower than first expected by school leaders, as parents heed advice to keep children at home unless they have no other option.

Downing Street said attendance at schools in England was around 10% of normal levels on Monday.