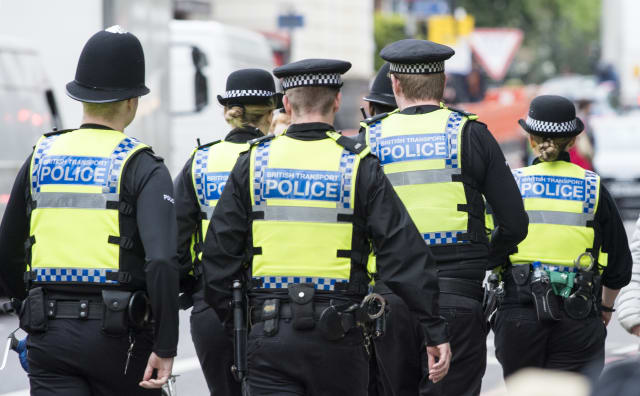 A “huge amount of clarification” is needed on tougher rules to restrict people’s movements during the coronavirus crisis, a former police chief has said.

Prime Minister Boris Johnson said the lockdown will be enforced by police, threatening those who flouted the rules with fines.

Officers will have powers to disperse gatherings after a ban on meetings of more than two people apart from those who live together was announced.

But questions remain as to how officers will monitor whether people are breaking the rules, what action will then be taken, and how much the fines will be.

Police chiefs warned of phone lines being inundated with calls after Mr Johnson’s statement, with questions about what movements are still permitted.

Northamptonshire Police Chief Constable Nick Adderley urged the public not to “cripple our phone” lines with inquiries on the PM’s announcement.

Lincolnshire Police warned of an “extremely high volume” of calls, and Humberside Chief Constable Lee Freeman said his force had received “a number of calls” on the subject, but he said he was unable to answer the questions asked.

Sir Peter said: “There is no way, really, that the police can enforce this using powers; it has got to be because the public hugely support it, that there is peer pressure and there is continuing clarification from Government about the message and going through all the individual scenarios and questions that people will have about what happens in this situation.

“It feels like, in the next few days, we will need an implementation period, but the key thing is that the public accept that this is absolutely vital if lives are to be saved.”

He warned that police forces were “already very stretched” and questions would arise about whether officers have powers of arrest if they are tasked with dispersing groups of people, adding: “So, really, there is no way that this can be achieved through enforcement alone.

“It will have to be that the public hugely accept it and the Government continues to issue clarification and reinforces the message.

“We don’t really want 43 separate police forces in England and Wales interpreting this in different ways and individual officers being faced with real dilemmas about whether to allow this or not to allow it.”

Asked how social distancing rules would be enforced by police, Martin Hewitt, chairman of the National Police Chiefs’ Council, told BBC Radio 4’s Today programme, that, while laws are still being put in place, this is an “opportunity” for police to speak to people to urge them to go back home but added:  “Ultimately, if people do refuse to abide by the rules then we will need to enforce them.”

However, he said the legislation has not been enacted yet.

Asked whether it was the police’s role to be at railway stations to check if people should be getting on to trains, he said: “I don’t think we’re at that stage at the moment.

“I think the real point about that is really getting the clarity, I know some other people have said that this morning.

“These are new rules, they are trying to be as clear as they can, but it will take a while, I think, for everybody to get that understanding.”

Ken Marsh, chairman of the Metropolitan Police Federation, which represents officers in London, told Sky News the new measures will be a “real challenge” and “very difficult”.

He added: “We will be dealing with it, but I’m not sure we will have the resources to be able to see it through.”

John Apter, national chairman of the Police Federation of England and Wales, had previously told the PA news agency he “cannot imagine” how officers would police social distancing, adding: “I just cannot rationally think how that would work.”