Recruitment drive for milkmen and women as demand goes ‘berserk’ 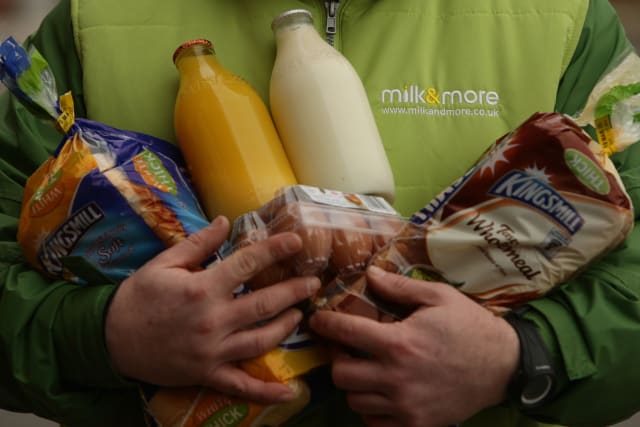 Thousands of people have returned to having their milk delivered as they are forced to stay at home during the coronavirus outbreak.

The country’s largest milk and groceries doorstep delivery service, Milk and More, has reported an increase of 25,000 customers and is recruiting 100 milkmen and women.

And local deliverers are reporting unprecedented demand for their daily pint.

After decades of diminishing rounds, with competition from cheaper supermarkets almost wiping them out, surviving milkmen said demand was “berserk”.

Milk & More CEO Patrick Muller said: “We have been at the heart of the communities in which we serve for decades, but potentially we have never had such an important role as we do now in this current
health crisis.

“Our customers are our number one priority, and they’re relying on us delivering to them more now than ever before, which is why it is absolutely crucial that we look to increase our workforce.

“We would encourage anyone who finds themselves currently out of work, whether temporarily or permanently, and who is keen to work with a team who is passionate about serving the needs of their local community, to get in touch and join the Milk & More family.”

Colin Henderson, who will have been a milkman for 40 years next month, said: “The milk has gone berserk.

“I have got a pile of notes from customers and my round is taking an extra hour every day now.

“The dairy I work with said it is just manic.”

The 56-year-old from Chester-le-Street, County Durham, said: “I just hope that after this is finished that people stay with us.

“I have people ringing all the time, emails from head office, and it’s great, but it would have been better when I was 25.”

He laughed: “I used to be known as the running milkman, but I’ve slowed down and walk now.”

Mr Henderson said 60% of his customers were pensioners, and they enjoyed having regular contact with him.

He is now wearing plastic gloves when he drops his milk, shakes and juices off on the doorstep.

Regular customer Becci Hall, a 41-year-old mother-of-one, said: “Colin has been our milkman since I was a child and it’s great to know he is still there for us.”