Matt Hancock: Nothing off the table to curb Covid-19 spread 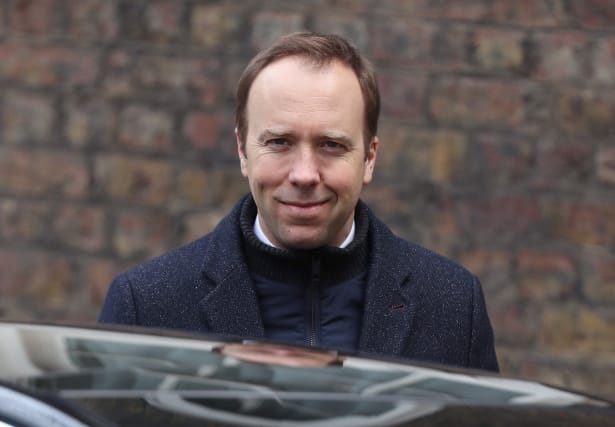 Ministers are examining the curfews and restrictions imposed in Europe as a method of controlling the spread of coronavirus, Health Secretary Matt Hancock said.

He said the “unpleasant and very difficult times” meant that it was possible the authorities, including the police, could be required to order people to follow the rules on social distancing.

And he said that “nothing is off the table” if further curbs on people’s freedoms were required to slow the progress of Covid-19 through the UK.

The Government faced pressure from Labour to commit to more stringent measures to enforce social distancing, with shadow health secretary Jonathan Ashworth saying it was a “matter of urgency”.

Prime Minister Boris Johnson appeared shocked at the prospect of the police being brought in to enforce coronavirus restrictions when asked about it at a press conference on Sunday.

But Mr Hancock said officers had already been given the powers to force the closure of bars and restaurants and indicated that other restrictions would be considered.

The Health Secretary condemned the “very selfish” behaviour of people who were ignoring social-distancing rules.

Asked whether tighter controls would be imposed, he told BBC Radio 4’s Today: “We are, of course, monitoring how much people are following those rules.”

And he added: “We will act if we need to.

Measures imposed across Europe have included curfews or preventing groups of more than two people gathering in public.

“Nothing is off the table,” Mr Hancock said.

“Of course we are looking at what other European countries are doing.

“There are a series of different measures that other countries have taken, now they are further down the curve – they have higher numbers of cases than we do here – but that means that we can act sooner and earlier in this epidemic.”

Mr Hancock said the Government would be prepared to use the authorities to tell people what to do.

“Yes, and in fact on Saturday I signed the order to give the police the power to be able to shut bars and restaurants and pubs if they are still open.

“These are unpleasant and very difficult times.

“I keep front of mind the 1.4 million people who work in the NHS because they are going into hospitals, into the NHS, to look after people – including to care for people who have coronavirus – and we have got to keep them safe.”

Mr Johnson has faced criticism for his approach to the crisis and his reluctance to impose draconian lockdown measures of the type seen in other countries.

But Mr Hancock said: “If you had seen how hard the Prime Minister is working, like I have – every day from first thing in the morning to last thing at night – we are doing everything we possibly can to keep people safe.”

Mr Ashworth said there had been “apparent public confusion” and “widespread non-compliance” with the rules over the weekend.

“Other countries across the world have taken further far reaching social distancing measures,” he tweeted.

“We now call on the Government to move to enforced social distancing and greater social protection as a matter of urgency.

“The Prime Minister must outline further necessary steps the Government will now take to keep people safe, protect our NHS and save lives.”

Labour leadership hopeful Sir Keir Starmer said: “In these extraordinary times, the Government must now set out further compliance measures, such as those introduced in other countries.”