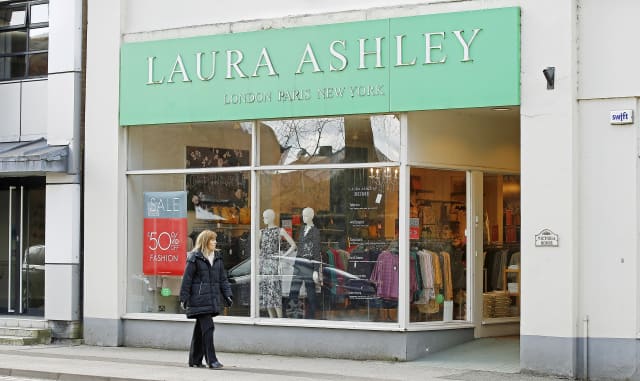 Laura Ashley has announced the permanent closure of 70 stores, with 721 employees set to lose their jobs.

It comes after the fashion and furnishings retailer announced its intention to hire administrators last week, blaming the impact of coronavirus for tipping it over the edge.

A host of retailers, including John Lewis and Ikea, have announced temporary store closures in the face of the pandemic over the weekend.

However, Laura Ashley is one of the first to announce permanent closures after the virus exacerbated a recent downturn in profitability.

Laura Ashley added that it expects to enter administration later on Monday after appointing advisers from PwC to oversee the process.

Last week, the company said it would enter insolvency after rescue talks were thwarted by the coronavirus outbreak, which has heavily impacted high street firms.

It said its administrators will now be working to support employees who are set to be impacted by the raft of closures.

The administrators will also initially focus on talking with interested parties in a bid to secure a buyer for the historic firm.

Katherine Poulter, chief executive officer of the business, said she is “hopeful” that it will find a buyer for the brand.

She added: “Since my appointment just last month, I have shared my vision for the future of this brand, accompanied with a robust turnaround plan to set the future direction of the company and return Laura Ashley to the great British brand that is known and cherished around the world.

“The vision also included reconnecting with our traditional values and our strong British heritage and focusing on developing Laura Ashley as a lifestyle brand.

“I remain unwavering in my belief that Laura Ashley can and should retain the place it deserves in the international retail landscape. Unfortunately, we will lose some brilliant people through no fault of their own.”