Holyrood to give consent for Westminster coronavirus measures 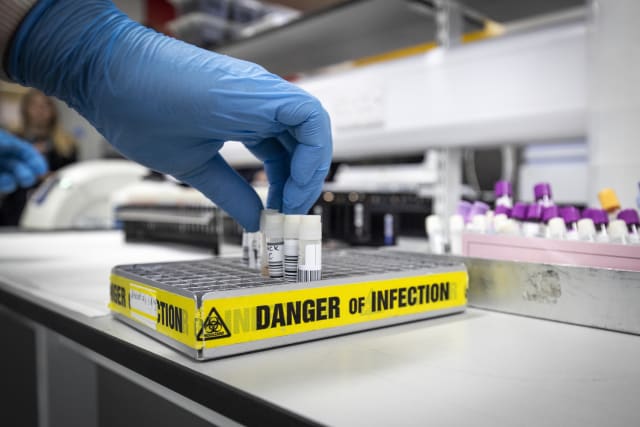 MSPs are to vote on UK-wide legislation to halt the spread of coronavirus.

A legislative consent motion (LCM) to be considered on Tuesday will provide support from the Scottish Parliament to the Coronavirus Bill, currently working its way through Westminster.

A paper published last week outlined measures in the legislation, including making it easier for retired health and social care staff to return to work, reducing the number of administrative tasks needed to be completed by front-line staff and bringing in stricter powers to limit social contacts.

The Bill will also enshrine in law the assertion by Chancellor Rishi Sunak that people will be able to claim statutory sick pay from the first day they are off work, as well as measures aimed at helping the death management system deal with a potential increase in demand.

Constitutional Relations Secretary Mike Russell has pledged the Scottish Government’s support for the LCM, meaning it is likely to pass its Tuesday afternoon vote in Holyrood.

Mr Russell and Health Secretary Jeane Freeman will attend committees on Tuesday morning so MSPs can scrutinise the motion before it is voted on by the chamber.

He told MSPs in the chamber: “(The Bill) is the result of a great deal of intensive work between the UK Government and the devolved administrations – unique and extraordinary given the virtual stand off on other legislation that has been the norm for the past three years – and is required because of the extraordinary public health and economic challenges posed by the coronavirus pandemic.

“We are grateful to everyone who has been part of that process and particularly the officials across all the Governments and many departments who have worked tirelessly to make sure the bill is now available for scrutiny and passage.”

An LCM is used when Westminster legislation is proposed that will legislate on devolved matters.

The Bill proposes to make changes to a number of devolved areas, including health and social care and education.

Royal Assent is expected to be given to the Bill, making it law across the UK, before the end of the month.

The UK Parliament must seek an LCM where a Bill it is considering will make changes to devolved areas, although they are not required to receive consent.

Earlier this year, each of the three devolved administrations rejected a motion for the UK Government’s Brexit deal but it was enacted regardless.