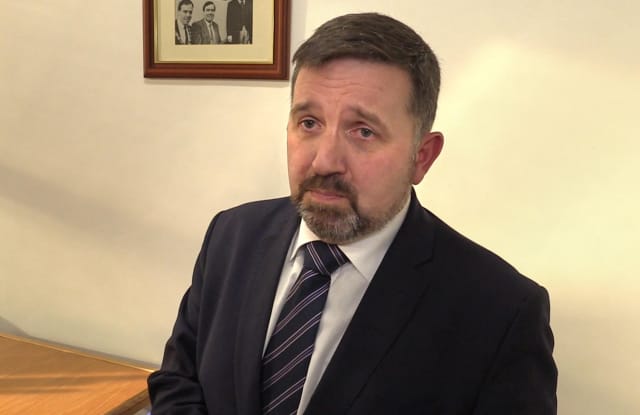 Draconian restrictions on movement will be introduced in Northern Ireland within days, the region’s Health Minister has said.

His warning came as Deputy First Minister Michelle O’Neill accused those who are disregarding the advice of effectively “killing people”.

Ms O’Neill, who at one point broke down in the Assembly chamber as she fielded questions about the crisis on Monday, said the time for soft language was over and people needed to know they were putting lives at risk.

Mr Swann has already warned that 15,000 people could die in the region if steps are not taken to limit the spread of Covid 19.

He confirmed the imminent introduction of restrictions as another 20 cases were announced in the region. There are now 148 confirmed diagnoses in Northern Ireland, with two people having died.

Emergency powers passing through Westminster on Monday are expected to be formally introduced in Northern Ireland on Tuesday, after MLAs vote on a legislative consent motion tabled by Mr Swann.

The minister said while some further preparations would be required before the powers were used, he did expect to see them rolled out this week.

“When we see the response of some people in the general public it’s what’s actually needed here in Northern Ireland, and we’ll have to enforce that,” he said.

“Those draconian measures will save lives – it’s as simple as that.

Ulster Unionist Mr Swann said the death toll in Northern Ireland could “rapidly dwarf” the numbers who lost their lives during the Troubles.

He was extremely critical of those who had flouted the social distancing guidance.

“Those who are failing to social distance are probably condemning those they come into contact with the distinct possibility that they are going to contract Covid-19,” he said.

“They may not suffer the worst implications themselves but they can be assured that they will pass it on to someone who will come to the worst ravages that Covid-19 will bring.”

Asked to react to images of people gathering in large numbers in public places over the weekend, Mr Swann replied: “I couldn’t fathom the selfishness of those individuals.

“Those people who don’t see social distancing as their responsibility they’re selfish, and they will put enormous pressure on our health service, if not end the lives of their loved ones.”

Earlier, Ms O’Neill was also robust in her condemnation.

“People being reckless and ignoring the advice are killing people and we need people to hear that because this is not planning for something that may happen or could happen somewhere down the line in the future,” she told the Assembly.

“This is here, this is now.

“You are endangering lives by going to beaches and going to caravan parks – doing any of those things, that’s actually putting more people’s lives at risk.

“We collectively as an Executive and Assembly need to send out the strongest possible message – you are killing people by doing these things.

“This is not a time for soft language, this is a time for us to be very straight with people, so we need to keep driving home that message.”

Ms O’Neill said the executive was going to roll out a significant communications plan to ensure the social distancing message was spread far and wide.

The Sinn Fein representative told the Assembly that progress had been made to secure extra personal protection equipment (PPE) for health care staff.

“At a meeting this morning we were told that through finance they’ve been able to secure a contract for additional PPE and we have to continue to keep these things under review,” she said.

Ms O’Neill again urged people not to stockpile food and asked them to donate to food banks if they could.

“We do not need our nurses and our doctors after working long shifts, and all the people who work in the health service, hospital cleaners, and those who look after the most vulnerable, our families and communities, to at the end of the day to go to the shops and not be able to buy food for themselves or for their families,” she said.

“Please be kind, look out for your neighbours and the most vulnerable in your communities.

“If we are able to, leave one or two items in the food bank box in your own community.”