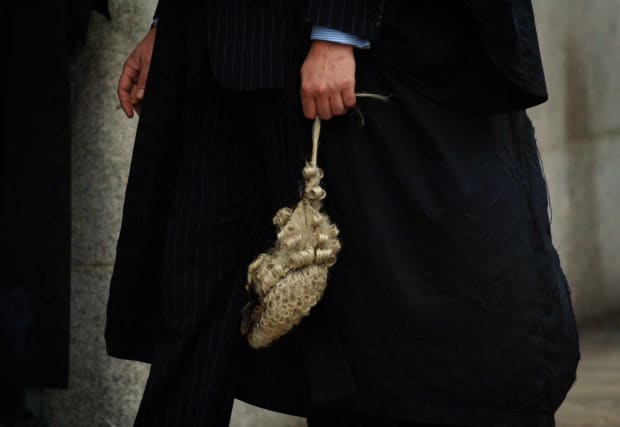 Courts pose an “unacceptable risk” amid the Covid-19 outbreak and should be closed until it is safe to hold hearings, an organisation which represents lawyers has said.

In a statement early on Monday, the Lord Chief Justice, Lord Burnett, announced that no new jury trials should take place and those ongoing should be paused for stringent safety measures to be put in place.

Responding to Lord Burnett’s guidance, the Criminal Bar Association (CBA), which represents criminal barristers in England and Wales, said it would support members who choose not to attend court.

In a strongly-worded statement, chairwoman Caroline Goodwin said the CBA, along with the Bar Council and other organisations, has been lobbying for a halt to all in-person hearings until proper safety procedures are in place.

She said: “Safety is paramount. We cannot over-emphasise that.

“At the present time, we consider the courts to present an unacceptable risk to our members, court staff, gaolers, security, jurors, witnesses and our judges. We are seeking risk assessments.

“We consider that, without confirmation from the resident judge that your hearing can be conducted with social distancing and hygiene measures in place, you would be perfectly entitled to take the view that you ought not attend in accordance with the Lord Chief Justice’s guidance.

“We repeat that, if you decide not to attend court owing to concerns about social distancing, hygiene or in accordance with PHE advice, we will support you.”

Ms Goodwin said only “truly necessary” hearings should go ahead, and this must be done remotely, with no physical hearings.

She said it is “reckless” to press on with court hearings in the face of clear guidance from Public Health England and expert evidence, adding: “There can be no compromise on these issues.”

Ms Goodwin also said the “political pressure” to keep courts open is unacceptable, given what she described as the “previous neglect and the lack of concern” for delays or issues in the criminal justice system.

She added: “Within the recent past there was no care for the removal of cases from the criminal lists.

“Now there is an unacceptable pressure to press on regardless. That, in simple terms, is wrong, is dangerous and fails to exercise any duty of care to court users.

“When, and only when, it is safe, can hearings be resumed.”

Ms Goodwin said the CBA is seeking “urgent clarification” on areas of concern raised by members, including whether advocates should attend court on Monday and what the position is regarding trials in Magistrates’ Courts.

Earlier in the week, Lord Burnett, the most senior judge in England and Wales, said no new trials expected to last three days or more would go ahead amid the deepening coronavirus crisis.

But, as pressure from members of the legal profession mounted on the Government to halt court hearings, the extraordinary step of suspending all new trials was taken.

Lord Burnett said: “As the Prime Minister has been telling the country, the spread of Covid-19 has continued to accelerate.

“The clear message from Government is to take all precautions to avoid unnecessary contact.

“A review of the arrangements in our courts is called for.

“I have decided that we need to pause jury trials for a short time to enable appropriate precautions to be put in place.”

Lord Burnett said arrangements have been made to conduct as many hearings as possible using telephone, video and other technology, and that HM Courts and Tribunals Service (HMCTS) is “working round the clock” on these new measures.

But he said some hearings, “the most obvious being jury trials”, could not be carried out remotely.

He said: “My unequivocal position is that no jury trials or other physical hearings can take place unless it is safe for them to do so.”

Lord Burnett said the same considerations will apply to Magistrates’ Courts, which will need to continue to deal with urgent work, and that hearings should take place remotely if the facilities exist.

Regarding the civil and family courts, where some hearings were held over Skype last week, he said physical hearings should only take place if a remote hearing is not possible and if suitable safety arrangements can be made.

Lord Burnett said the guidance would be updated as events continue to unfold.

Following the Lord Chief Justice’s announcement, HMCTS updated its guidance regarding courts, telling people who had not been selected for a trial, or not yet started jury service, not to attend court.

Members of the legal profession tweeted about their experience on the ground on Monday, following Lord Burnett’s announcement.

Tomas McGarvey, a criminal and family barrister with Church Court Chambers, said: “I’ve been nervous going to court many times before; it’s often a good sign.

Mr McGarvey tweeted a photo of himself wearing a protective mask, adding: “I am lucky because I have Personal Protective Equipment (PPE).

“I brought a spare pair of gloves and gave them to the first colleague I met without. Most people here have no PPE including the gaolers.

“This is madness. First time I’ll be in court without my wig but with gloves and a mask.”