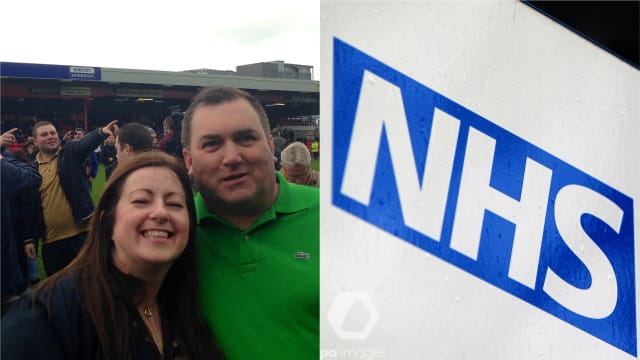 A cancer patient has said the NHS’s proposed treatment priority list makes her “feel like my life is not worth anything”.

Claire Elliott, 51, from Worcestershire, was diagnosed with uterine cancer in December 2016.

She was given less than a year to live in 2018, but was told she had beaten the condition 10 months later.

The cancer has since returned and Mrs Elliott has been undergoing palliative chemotherapy – but the coronavirus pandemic could interrupt her treatment, according to an NHS document.

“Well it’s a bit numbing to be honest,” she told the PA news agency.

“I’ve been expecting it, but I’m a bit tearful at the actual publication in bold print. (It) makes me feel like my life is not worth anything.”

A section on systemic anti-cancer treatments in the NHS guide, published on March 17, reads: “This will differ according to tumour type, but it is suggested that clinicians begin to categorise patients into priority groups 1-6.

“If services are disrupted, patients can be prioritised for treatment accordingly.”

While the NHS document said the possibility of cancer services being compromised was “an unlikely scenario” it added that planning was required.

It also said: “The risks of beginning or continuing their cancer treatment could outweigh the benefits, given that many patients receiving systemic therapies in particular are more at risk of becoming seriously unwell if they contract the coronavirus infection.”

Mrs Elliott, a Wolverhampton Wanderers fan of many years, said her consultant told her last week that such an eventuality was possible.

Her friends have been raising money via GoFundMe for her to have potentially life-saving treatment in Cyprus, but entry to the nation has been complicated by the global pandemic.

Mrs Elliott said that without treatment she was likely to become more uncomfortable.

“The chemo I have now is to shrink the tumour and stop it pressing on my abdomen,” she said.

“I was in pain, so that will recur at some point and the cancer will spread.”

She said the priority group she is categorised in may depend on who the reviewing clinician is.

“It would be difficult for me if it’s someone making decisions who doesn’t know me,” she said.