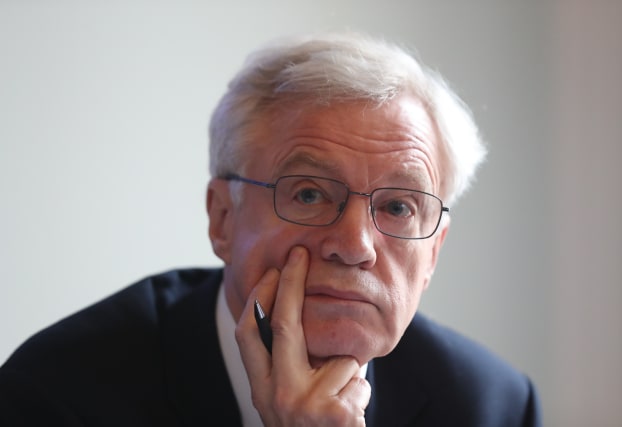 The Government has announced it will put a six-month time limit on its emergency powers designed to tackle the spread of coronavirus.

MPs are due to debate and sign off on strict measures that would grant ministers, councils, police, health professionals and coroners increased controls.

Changes include reducing the number of doctors required to sign off on sectioning those with mental health issues from two to one, while police would be given authority to force those infected with Covid-19 to self-isolate.

But a former Cabinet minister is calling for Boris Johnson to go further by introducing a rewritten Bill in 12 months’ time if the powers are still deemed necessary.

David Davis, the ex-Brexit secretary, said six-monthly reviews were not sufficient to keep such wide-reaching legislation in check and predicted there were likely to be “mistakes” in the 300-plus pages of emergency legislation.

Senior ministers are currently attempting to limit the peak number of infections to reduce pressure on the NHS.

As of Sunday morning, there were 5,683 cases in the UK and 281 patients who had tested positive for coronavirus had died.

Downing Street sources confirmed that the Government would introduce an amendment to the Coronavirus Bill on Monday to ensure the fresh powers within it had to be renewed every six months.

The announcement followed concern from some MPs that the extensive powers contained in the legislation could be in place for two years.

But Mr Davis told the PA news agency he feared the current set of powers contained in the fast-tracked Bill would give the Government undue strengths which could infringe on civil liberties.

His comments come after Labour’s shadow equalities minister Naz Shah submitted an amendment, backed by 100 MPs, to exempt those from faith backgrounds from automatically being cremated if they die after contracting coronavirus.

There are anxieties, especially among Jews and Muslims whose faiths forbid cremation, that local authorities, in the event the number of deaths increase dramatically, will be able to use the emergency powers to disregard legal safeguards that currently prevent the cremation of human remains against the wishes of the deceased.

Mr Davis said he was personally concerned that powers allowing the Government to postpone elections could be misused.

The civil liberties campaigner told the PA news agency: “This Bill was put together in five days, it is 300-odd pages long.

“It is guaranteed, bluntly, that it will have mistakes and unnecessary elements to it.

“Those mistakes will all be in one direction and that’s giving more power to the Government than is necessary.”

The senior Conservative MP said a six-month sunset clause would not go far enough in terms of checks.

“How is that going to work out? Are we going to amend the Bill? We can’t, there’s no scope to amend it.

“We may have no high street by then, no pubs left by then or very few. You just don’t know.

“The trick is to write it properly and present it nine months in so we can spend three months looking at it.”