DWP should not be marking its own homework over claimants’ deaths, says MP 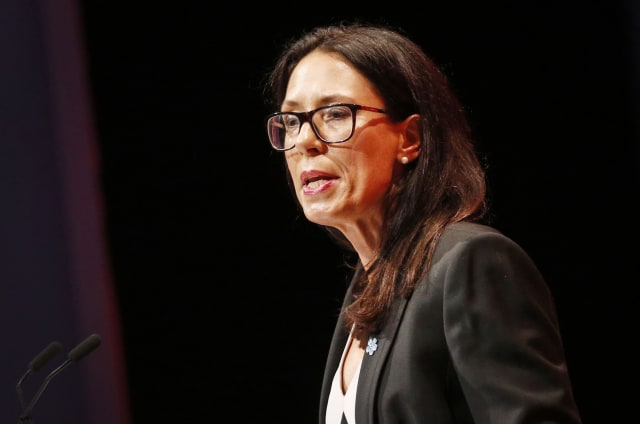 Concerns over deaths linked to benefits system difficulties should prevent a Government department “marking its own homework”, ministers have been told.

Labour MP Debbie Abrahams claimed there is “growing evidence” of sick and disabled people in receipt of social security support having died prematurely.

An independent review into the deaths is required to find out if Government “incompetence or a cover-up” has failed to protect vulnerable claimants, the former shadow work and pensions secretary added.

Ms Abrahams has been a long-term critic of the Department for Work and Pension’s (DWP) handling of cases for some vulnerable claimants, including reassessment of disabled people and sanctions.

She recently fought back tears during a Commons debate as she read out the names of people who have died after experiencing difficulties with the system, spending almost three minutes listing more than 20 cases.

The DWP has also faced questions over its decision not to retain reviews linked to deaths of benefits claimants, which include suicides or alleged suicides.

In response to a freedom of information request, the department said records prior to 2015/16 have been “destroyed or are incomplete in line with GDPR/data retention policies”.

The National Audit Office has also said the suicides of 69 welfare claimants have been investigated by the Government but the true scale of such deaths could be far higher.

The watchdog, in a report released in February, said only nine internal process reviews arose from communications with coroners, 19 were prompted by media reports while others were triggered by claimants’ families.

Ms Abrahams, who is a member of the Work and Pensions Committee, said: “With the DWP’s destruction of ‘peer reviews’ records into claimants’ deaths prior to 2015, and their failure to supply coroners’ reports that they held to the independent reviewers of the work capability assessment process, I’m afraid the time has passed for the DWP to be marking its own homework.

“Nothing more than a fully independent review into social security claimants’ deaths will do.

“Others need to decide whether Government incompetence or a cover up has failed to protect vulnerable claimants.

“They also need to examine which factors in the social security system are associated with an increased prevalence of these deaths and the additional health risk that they pose.

“Is it the poverty and destitution claimants have faced as a result of the inadequacy of social security support? Is it the social security policies themselves, for example, the work capability assessment and personal independence payment assessments, sanctions, or Universal Credit?

“Is it how the policies are implemented with the drive to get claimants ‘off flow’? Or is it a combination of these factors?”

A DWP spokeswoman said: “We take these issues extremely seriously and ensure cases are investigated and any lessons learned.

“Further to these reviews we established the independent serious case panel to identify systemic issues and are urgently working to drive forward improvements in the system.”