Dolly Parton has said that her heart is "broken" following the death of Kenny Rogers, her friend and long-standing collaborator.

The husky-voiced singer, known for hits such as Coward Of The County and The Gambler, died at home from natural causes, under hospice care and surrounded by his family.

Parton, whose song Islands In The Stream with Rogers topped the charts in the US, shared a video in which she paid tribute to the singer while sat at her piano.

She said: "I couldn't believe it when I got up this morning and turned on the TV, checking to see what the coronavirus was doing, and they told me that my friend and singing partner Kenny Rogers had passed away.

"I know that we all know Kenny's in a better place than we are today but I'm pretty sure he's going to be talking to God sometime today – if he ain't already – and he's gonna be asking him to spread some light on the darkness going on here. 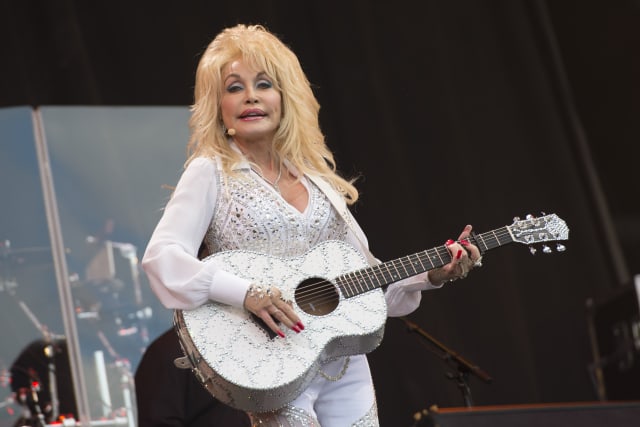 "But I loved Kenny with all my heart. And my heart's broken. A big old chunk of it has gone with him today.

"And I think that I can speak for all his family, his friends and fans when I say that I will always love you."

Tearful, Parton held up a photo of the pair together, adding: "God bless you Kenny, fly high straight into the arms of God."

She captioned the post on Twitter: "You never know how much you love somebody until they're gone.

"I've had so many wonderful years and wonderful times with my friend Kenny, but above all the music and the success I loved him as a wonderful man and a true friend."

Marx tweeted: "I'm so sad to see Kenny Rogers go. He did so much for me as a young songwriter and we stayed friends for over 30 years.

"I'll really miss him. May he rest easy."

Country Music has lost the great Kenny Rogers, who has forever left a mark on Country Music's history. His family and friends are in our thoughts during this difficult time. pic.twitter.com/tKPXUXU2kp

And Bishop shared a video of himself singing Rogers' 1977 hit Lucille to his pet pig Milo.

He ended the video with the message: "Rest in peace, Kenny."

Rogers announced a farewell tour in 2015, but continued performing until 2017.

The multiple Grammy winner, who played the legends slot at Glastonbury in 2013, had planned further performances but called off the shows in April 2018 due to unspecified "health challenges".

He said in a statement at the time: "I've thoroughly enjoyed this opportunity to say farewell to the fans over the course of the past two years.

"I could never properly thank them for the encouragement and support they've given me throughout my career and the happiness I've experienced as a result of that."

Born and raised in Houston, Rogers's trademark gravelly voice helped bring him 20 solo single number ones on the US country charts between 1977-87 including his remake of Lionel Richie's Lady.

In the UK he had two number ones – Lucille in 1977 and Coward Of The County in 1980. Other British top 10 entries included Ruby, Don't Take Your Love To Town in 1969 and his Islands In The Stream duet with Parton, which reached number seven in November 1983.

The Gambler was adopted as the team song by England at the Rugby World Cup in 2007, with Rogers telling the players in a video message: "I don't know a whole lot about rugby but it's a song that means a lot to me and I'm mighty proud that you guys found something in it to be your inspiration."

Rogers' family is planning a private service "out of concern for the national Covid-19 emergency", a statement said. A public memorial will be held at a later date.