Police have arrested three people after stolen toilet paper was discovered in a van amid the coronavirus pandemic.

When they opened the back of the van they found several bundles of toilet roll and a microwave.

Toilet paper has been hard to find in supermarkets during the COVID-19 outbreak because customers have been hoarding them.

Essex OSG tweeted pictures of the inside of the van, adding: "Police officers always get a massive sense of satisfaction when we catch burglars... however we never expected to find this stolen loot in the boot. 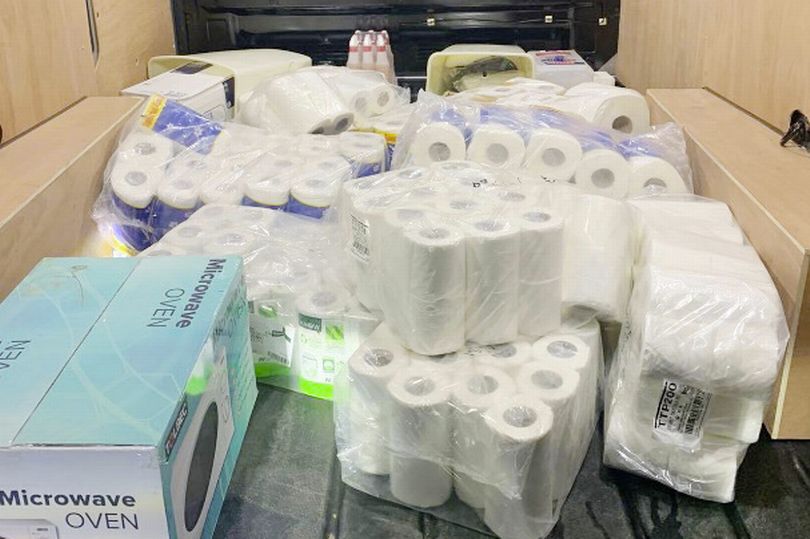 "Stolen items recovered and 3 arrested all within an hour of it being reported."

Boris Johnson will be speaking to supermarket bosses about efforts to keep supplies flowing and how to overcome the panic buying that is gripping the UK.

Shelves have been stripped of essential items, such as toilet rolls, hand sanitiser, paracetamol, meat, fruit and vegetables as shoppers ignore pleas not to stockpile.

It has led to supermarkets having to bring in limits on the amount of some items sold, with golden shopping hours introduced to help the elderly and NHS and care workers. 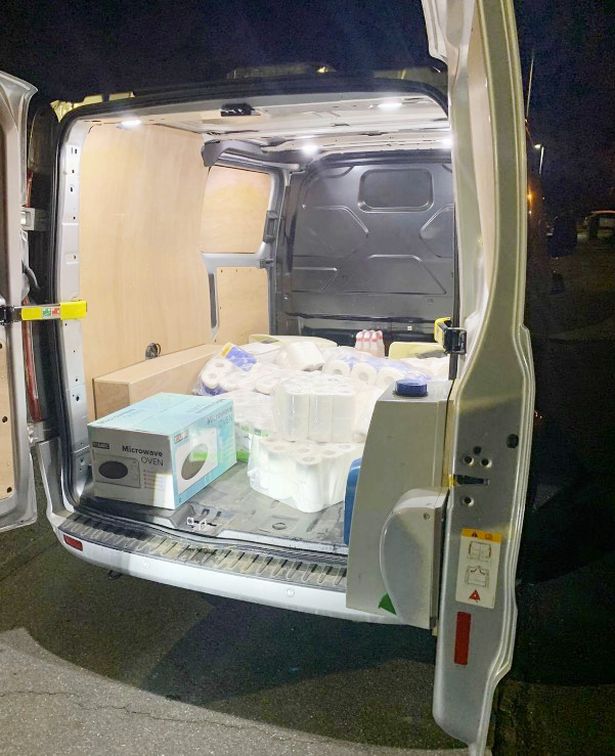 Stores are also taking on thousands of temporary and permanent workers to deal with the increased demand from the COVID-19 crisis.

It is understood the Prime Minister will be speaking to the leading supermarket chains to see what the Government can do to ensure the shelves remain stocked and the supply chains can cope with the demand.

Tesco, Marks & Spencer and Sainsbury's have announced a golden shopping hour for NHS and social care workers, so they can join older and vulnerable shoppers in having less competition for restocked shelves.

Sainsbury's said from next week health and social care staff will be able to shop between 8am and 9am every Monday, Wednesday and Friday, alongside elderly and vulnerable shoppers.

It is also consolidating its opening hours in its main stores from 8am to 8pm, Monday to Saturday, in order to be able focus on restocking shelves.

The news of the supermarket talks come as the death toll in the UK reached 177 as of 7am on Saturday morning.