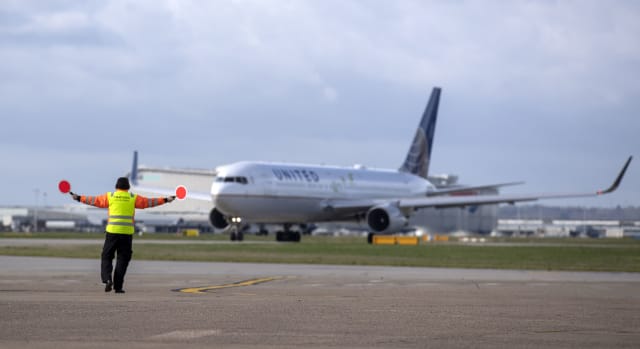 Airline companies could begin “winding down” and laying off staff next week unless promised Government support for the industry is delivered quickly, a trade union has warned.

The British Airline Pilots Association (Balpa) said the UK’s aviation industry is at risk of “collapse” while it waits for assistance from the Government to alleviate the impact of the coronavirus pandemic.

It comes as Transport Secretary Grant Shapps said on Wednesday the Government was committed to helping the sector.

Balpa general secretary Brian Strutton said the aviation sector had been “hit first and hardest” by the Covid-19 outbreak, which has led to a downturn in air travel.

He said in a statement: “It’s disgraceful that the Government keeps promising to help but is still sitting on its hands while airlines are shutting down.

“Airlines can’t survive with no revenue coming in and are already cutting wages and jobs.

“Unfortunately the rescue packages put together yesterday are not ready yet but airlines are in crisis now and need help immediately.”

Mr Strutton said state investment in UK airlines is “essential as a matter of urgency before it’s too late”.

The union claimed that airline companies will be “winding down next week” before the Government support scheme is ready.

Speaking on Wednesday, Mr Shapps said: “Coronavirus is having a crippling impact on the aviation industry and we cannot allow it to force world-leading, well-run, profitable firms out of business.

“We are extremely grateful to airport and airline teams who are continuing to help passengers get home safely. We stand firmly behind the sector and expect to announce a series of support measures shortly.”

On Tuesday, Chancellor Rishi Sunak announced that a package of measures would be agreed to support the aviation sector.

Meanwhile, Ryanair announced this week it may suspend all flights except those providing “essential connectivity” due to the coronavirus.

More than four out of five flights were due to be cancelled between March 19-24.

After that period “we expect that most if not all Ryanair Group flights will be grounded”, the airline said.

Jet2.com has suspended its flying programme until at least next month.

A Department for Transport spokesperson said: “A number of measures to support the sector have already been announced, including Time to Pay, financial support for employees and the Bank of England’s Covid Corporate Financing Facility.

“The Government is working urgently to develop further measures, as necessary.”