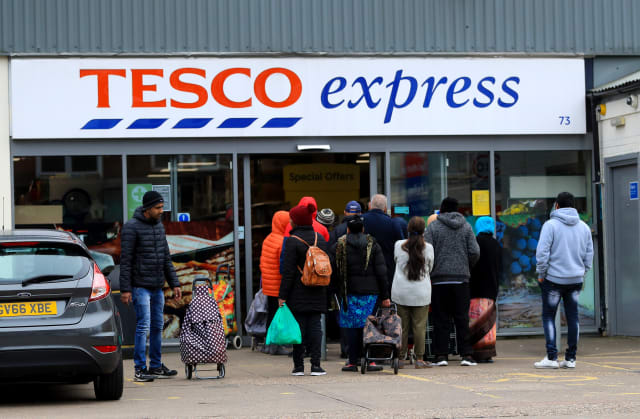 Tesco has become the latest supermarket to announce plans to recruit new staff to cope with the coronavirus outbreak overwhelming stores.

The UK’s biggest grocer said it will recruit 20,000 temporary workers for at least the next 12 weeks.

Its recruitment drive was launched on Wednesday, adding “since then we have already been overwhelmed by support from the public and thank everyone who has applied to work with us in stores.”

Some staff are being interviewed, processed and working within the same day, Tesco added.

Tesco’s HR chief, Natasha Adams, said: “I’m so proud to be welcoming thousands of new colleagues to Tesco. Thank you to everyone offering to help as we work day and night to keep our shelves full for customers. The community spirit at Tesco is fantastic and together, we can do this.”

The decision was made as Asda, Aldi and Lidl all announced new jobs on Friday, which followed similar moves by Morrison’s and Co-op earlier in the week.

Supermarkets across the country have been struggling with overwhelming demand, and are expected to see an increase in shoppers over the weekend after the Government’s decree to shut down all restaurants and bars.