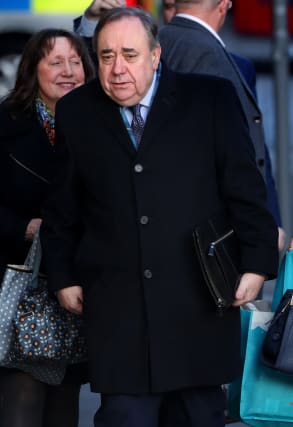 Jurors have retired to consider their verdicts in the trial of former first minister Alex Salmond on sexual assault allegations.

Salmond, 65, denies 13 alleged sexual offences against nine women, who were all either working for the Scottish Government or within the SNP at the time.

The accusations span a period between June 2008 and November 2014 and range from him stroking a civil servant’s hair to trying to rape a former Scottish Government official in Bute House.

Judge Lady Dorrian told jurors they must decide whether the charges have been proven beyond reasonable doubt.

She explained there are three verdicts available – guilty, not guilty and not proven – the latter two both being verdicts of acquittal in the Scottish legal system.

The judge asked the jury to begin considering their verdicts shortly before 2pm on Friday.

Verdicts can be returned unanimously or by a majority, with at least eight of the 15 jurors needing to agree.