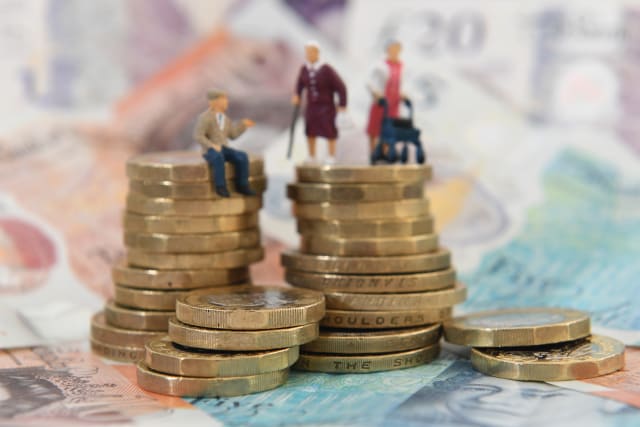 Fraudsters are knocking on the doors of the elderly and scamming them out of their savings by impersonating officials during the coronavirus crisis, a body has warned.

Exploitative criminals are committing burglary or fraud by pretending to be Government, council or medical officers, the Local Government Association (LGA) said.

People are also being targeted with phishing emails offering quick remedies and vaccination kits, while others are asked to donate to fake charities.

And emails which appear to be from travel companies are asking people about cancelled holidays in a bid to get their payment details.

Other vulnerable residents are paying over the odds online for essential goods, such as hand sanitiser, only to never receive the product because it was being sold on a fake platform.

It comes as reports of scams increased by 400% within the space of a month in the City of London.

The police force said there had been 105 reports to Action Fraud, the UK’s national reporting centre for fraud and cybercrime, with total losses reaching nearly £970,000.

The LGA is urging elderly, isolated residents not to accept services from strangers who offer to run errands, such as collecting prescriptions or shopping, if they ask for cash or card details upfront.

Councillor Simon Blackburn, chairman of the LGA’s Safer & Stronger Communities Board, said: “By tricking elderly and vulnerable people in self-isolation to part with their cash, fraudsters are playing roulette with the lives of those most at risk.

“Keeping the elderly and those with underlying health conditions safe is every councils’ top priority and councils will do everything in their power to prosecute fraudsters and seek the toughest penalties for criminals taking advantage in this despicable way.

“Councils have plans in place for dealing with the very challenging circumstances presented by the coronavirus and will continue to review how best to use their staff and mobilise community resources to ensure that the elderly and vulnerable are given the support they need.”

Examples of exploitation include scammers impersonating officers at Rochdale Borough Council and offering to run errands for the vulnerable.

Birmingham City Council has prosecuted a retailer selling harmful hand sanitisers, while a neighbourhood watch group in Lewisham and Blackheath reported people knocking at doors of elderly people saying they are from the Health Authority doing mandatory testing for coronavirus.

Anyone who thinks they may be a fraud victim should speak to their bank immediately and contact Action Fraud on 0300 123 2040.

It comes as Age UK launched an emergency fundraising appeal to raise £10 million so it can help older people through the pandemic.

Its helpline has seen a 30% increase in demand, while another service, the Silver Line helpline, has seen 40% more calls.

The charity said its biggest worry is for the millions of older people who do not have family and friends to rely on.

Laurie Boult, fundraising director at Age UK, said: “The reality is that in the weeks and months ahead older people are going to need Age UK in huge numbers, and to an extent we have never seen before.

“We are determined to rise to the challenge and be there – to provide comfort, hope and practical support. But we can only do it if we have the funds that it will take.”