Alex Salmond could have been a better man, defence QC tells jury 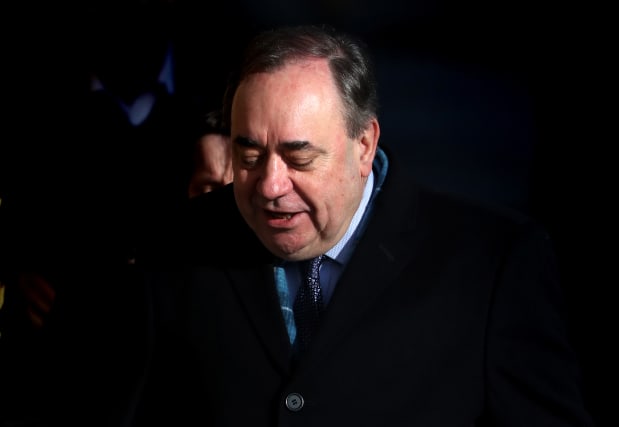 Alex Salmond could have been a “better man” but is not guilty of sexual offences, his lawyer has told jurors at his trial.

Gordon Jackson QC, defending, said there was a “pattern” where “something that was thought nothing of at the time” has become a criminal charge in the High Court in Edinburgh.

Salmond, 65, denies 13 alleged sexual offences against nine women, who were all either working for the Scottish Government or within the SNP at the time.

The accusations span a period between June 2008 and November 2014 and range from him stroking a civil servant’s hair to trying to rape a former Scottish Government official in Bute House.

Mr Jackson started his closing speech to the jury of nine women and six men on Friday with a quote from one of the complainers. “I wish for my life the first minister was a better man and I was not here,” he said.

He said it was a “good line”, which was also used at the beginning of Crown prosecutor Alex Prentice QC’s closing speech on Thursday.

“I’m not here to suggest he always behaved well or couldn’t have been a better man on occasions. That would be a waste of my time.

“I’m dealing with whether or not it was established he was guilty of serious, sometimes very serious, criminal charges.”

He added: “You have to be satisfied to that very high standard.

“There’s only to be guilt in these matters, not because someone could have been a better man.

“There can only be guilt in these matters because of that standard of proof.”

Salmond is on trial over accusations of sexual assault, including an attempted rape.

His lawyers previously lodged special defences of consent and alibi. Consent was given as a defence for three alleged sexual assaults and an alleged indecent assault against three women.