‘We don’t know how we’re going to get home’: Britons stranded around the world 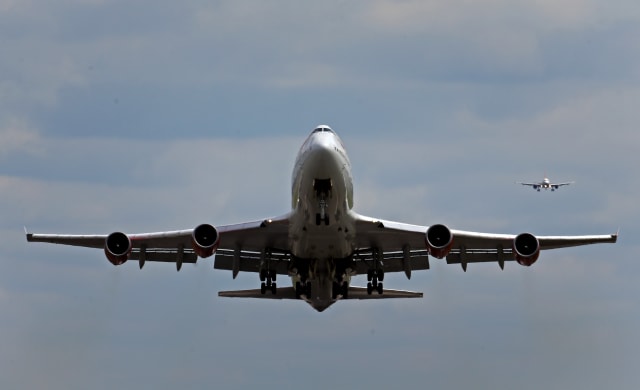 UK tourists are stranded overseas as countries around the world introduce travel restrictions in an attempt to limit the spread of the coronavirus.

Foreign Secretary Dominic Raab has admitted it is “very difficult” for people to get out of some destinations and warned there are up to nearly one million British nationals travelling abroad.

Dr Moby Rehman, a cardiac surgeon from London, is stuck in Peru due to the country implementing a travel ban.

He told BBC Radio 4’s Today programme that tourists in the country face a “crisis situation”.

Dr Rehman said: “There are vulnerable people trapped in Peru, including the elderly and the pregnant and people with chronic diseases like diabetes and asthma and heart disease, with limited supplies of medicine.

“This is a big issue. It’s not that people can just be OK and carry on here for a few months.

“The Peruvian healthcare system is not what we’re used to in the UK.”

He added that civil unrest “is probably likely to recur”.

The British embassy in Peru posted a message on Twitter stating that Colombian airline Avianca was considering operating a charter flight from Lima to London this weekend, but warned that tickets for the one-way trip were “likely” to cost between 3,000 and 3,500 US dollars (£2,600 to £3,000).

Another UK tourist stranded overseas, Anne-Marie, has been unable to return to the UK from the Egyptian resort of Hurghada.

“We’ve basically had four days of hell trying to get through to the Foreign Office, to easyJet, to find out how can we possibly get home,” she told Today.

“We don’t know how we’re going to get home.”

She said when she left the UK last week, the Foreign and Commonwealth Office advice was that “it was fine to travel to Egypt”.

But since then Egypt has introduced travel restrictions and her flight home was cancelled.

“Like a lot of people, we were perhaps naive and hopeful, and we didn’t think that the situation was going to get so bad so quickly,” she explained.

“We’ve been watching along with everybody else with absolute horror how rapid the changes have been occurring.