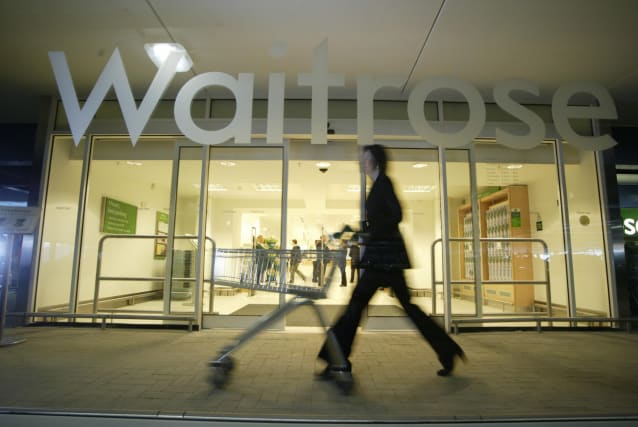 John Lewis and Waitrose have become the latest retailers to announce limits on the purchase of some items amid the coronavirus pandemic.

Shoppers formed long queues prior to stores opening on Thursday as demand continues to soar.

Retailers’ web operations have also come under significant pressure from surging use of online deliveries, with Ocado shutting down its entire website and app until Saturday to allow for changes to ensure more delivery slots are available.

Waitrose, which is part of John Lewis Partnership, has announced a three-item limit on certain products and a limit of two packets of toilet roll.

The retail group said it is also launching a protected shopping period for the elderly and vulnerable at Waitrose, which will be each store’s first opening hour from Friday.

Waitrose cafes and rotisseries will be temporarily shut to help stores cope with increased demand in other areas.

John Lewis Partnership said 2,100 members of staff from the department store business are helping to work at Waitrose stores on deliveries.

The company also launched a £1 million community support fund to be distributed by Waitrose shops to local communities.

“Our commitment to contribute to the wellbeing of the communities we operate in has always been at the heart of our business.

“Partners have been outstanding, supporting each other and responding to the huge surge in demand at Waitrose.”

Meanwhile, value retailer B&M said sales of Pot Noodle have surged 610% and pasta sales have risen 828% over the past week as shoppers continue to stockpile ambient and dried food.

It said seven million customers have come through the retailer’s doors over the period and its warehouses have now turned greater focus towards grocery items.

B&M chief executive Simon Arora said: “Our warehouse and store teams are certainly tired on their feet, but morale is high and we are proud that we are playing our little bit to allow shoppers to buy their grocery and cleaning needs in readiness for the difficult times ahead.”

Meanwhile, fashion retailers such as Joules have reported “a decline in store footfall and revenue” following the outbreak.

Rival Next warned it is preparing for a “significant” trading downturn amid the pandemic as it braces for a potential £1 billion in lost sales.

Elsewhere, Halfords said it would waive its MOT rebooking fee at its autocentres for any customers who have missed their appointment due to self-isolation.

Earlier on Thursday, Ocado said it has seen growth double in March as the business is overwhelmed by orders from people staying indoors to avoid the coronavirus pandemic.