Uplifting news: Rhinos on the charge and freebies for NHS workers 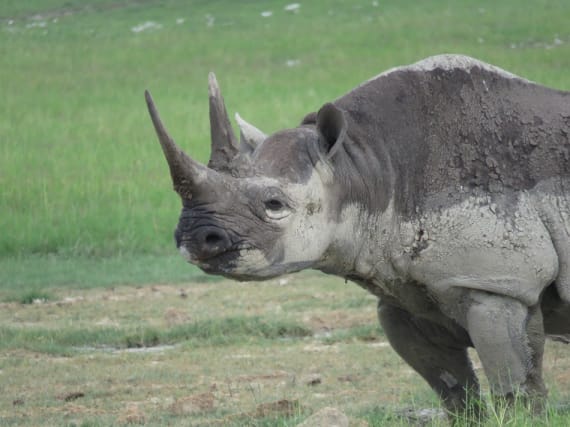 Endangered African rhinos are bouncing back, while companies across the country are rallying round under-pressure NHS staff.

Here is a look at some of the day’s more uplifting news stories that may have passed you by.

The number of critically endangered African rhinos is slowly increasing following “immense” conservation efforts, according to the latest figures.

An update released by the International Union for Conservation of Nature (IUCN) shows the African Black Rhino population is gradually rising, at an annual rate of 2.5%.

– Leon to turn restaurants into mini-supermarkets

Fast-food chain Leon will turn its restaurants into mini-supermarkets in a bid to ease food concerns caused by panic-buying in the UK.

Leon, which has more than 75 restaurants and styles itself as “Naturally Fast Food”, will transform its shops and launch a new eCommerce platform that allows customers to book a delivery slot a few days in advance.

They will sell restaurant-quality ready meals, sauces, meats and other food that customers can store and eat at home.

NHS workers are being offered free accommodation, drinks and discounted food as companies across the UK chip in to help during the Covid-19 pandemic.

Businesses including Pret and McDonald’s are offering free hot drinks, while hotels and even tour bus companies are offering places to stay.

Gary Neville and Ryan Giggs have offered health workers free access to their hotels, Stock Exchange and Hotel Football, in a show of “solidarity”, giving 176 beds to medical staff.

A pub is offering drinkers a free pint in exchange for a pack of toilet rolls after it faced the threat of having to close its doors because of shortages caused by coronavirus stockpiling.

The initiative by the Jolly Roger pub in Gosport, Hampshire, has become so successful that staff are collecting toilet paper, handwash and other essentials to hand out for free to those in need in the local community.

Landlady Hayley Hood said: “I didn’t realise I would end up with 150 toilet rolls – my office looks better than an Asda shelf.”

Firhill chiefs say they are refocusing their efforts into ensuring “no fan feels isolated in the tough times ahead”.

Thistle chairman Jacqui Low has announced staff plan to make calls on elderly supporters to offer support during the virus panic, while they will also be delivering increased online content – including videos of historic matches – to keep fans entertained while they observe social isolation measures.