UK holidaymakers face being stranded for weeks due to coronavirus shutdowns 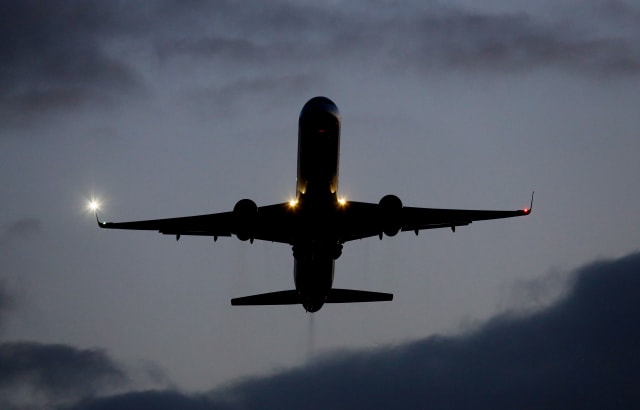 Hundreds of thousands of UK tourists could be stranded overseas for weeks as airlines ground planes and countries close borders due to the coronavirus.

Holidaymakers in destinations such as Peru and Morocco are facing immense difficulty and cost to return home.

Foreign Secretary Dominic Raab said it was “very difficult” for people to get out of those countries.

He told the Commons’ Foreign Affairs Committee: “The challenge there is to make sure, first of all, the governments of those countries keep a route so British nationals can get out.”

Mr Raab said there were between 300,000 and “closer to a million” British nationals travelling abroad.

“That is a massive, massive scale,” he admitted.

Many airlines have started grounding the majority of their aircraft due to demand collapsing.

Peru has implemented a state of emergency, with a travel ban and curfew, leading to UK nationals expressing fear they will be unable to leave.

Kasey Butler, from Oxford, wrote a message on Twitter stating that she was “stranded” in the capital Lima.

She said the British embassy was closed and her hostel “isn’t letting us leave our rooms”.

“Peru is great but I’m ready to leave,” she added.

The embassy posted a message stating that Colombian airline Avianca was considering operating a charter flight from Lima to London this weekend, but warned that tickets for the one-way trip were “likely” to cost between 3,000 and 3,500 US dollars (£2,600 to £3,000).

Tourists in Morocco face a race against time to get home as the country is closing its airspace after Thursday.

Bob Warburton, 62, from Manchester, told the PA news agency that the situation at Agadir airport was “chaos”, with hundreds of UK holidaymakers waiting for flights.

He explained that he and his wife were unable to contact Ryanair, who they were booked to fly back with, and described the airline as “appalling and negligent”.

The pair eventually paid a £100 taxi fare to travel to Marrakech airport, where they were able to book themselves onto a flight.

Thomas Reilly, the British ambassador to Morocco, said: “It is chaotic. There is no way that evacuating over 85,000 people in less than a week was ever going to be anything other than chaotic.

“I am sorry. It is not just the UK which is bringing its citizens home. Every other nation is trying to as well. We are all doing our best.”

Grant Gibson, 65, from Lyminge, Kent, is stuck with his wife in Northern Cyprus, where a state of emergency has been declared.

The pair were scheduled to return to the UK last week but were among the guests at the Salamis Bay Conti Hotel put into quarantine due to the coronavirus.

Mr Gibson said: “They’ve closed all the crossing points to British nationals so we’re waiting to find out from the British embassy how they’re going to get us out of here.

“Given that all the other tourists on the island went yesterday (Wednesday) – that was the cut off, curfew time – then I would expect that they’ll be keen to get rid of us.”

The Foreign and Commonwealth Office (FCO) is advising travellers in Spain to return home before March 24 as the Spanish government has ordered all hotels to close from that date.

Mr Raab told the committee the Government was asking airlines to operate flights on routes they did not normally serve, which “takes some configuring”.

He said any spare seats on rescue flights would be offered to other countries trying to bring their citizens home.

He explained: “We also want to be able to pick up the phone and say ‘By the way, if you have any spare room can you help get the Brits out?'”