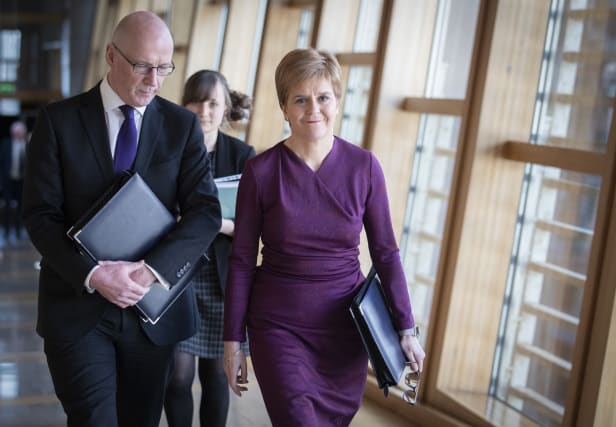 The Scottish Government will take action again social landlords if they attempt to evict people over rent arrears during the coronavirus crisis, Nicola Sturgeon has said.

At First Minister’s Questions, Scottish Greens co-leader Patrick Harvie warned the coronavirus crisis is leaving many renters with the choice between losing their home and racking up debt while the threat of eviction remains in place.

Ms Sturgeon assured MSPs the Scottish Government will challenge any landlord in the social sector “contemplating” evicting people and insisted no-one should lose their home due to the outbreak.

Mr Harvie asked: “I’ve heard from landlords who are being responsible and recognising people’s needs but also from people being forced out of their homes using a range of existing grounds for eviction – not just rent arrears.

“The Scottish Government’s announcement yesterday will still leave people facing a choice between the threat of losing their home at this dangerous time or building up unpayable debts over the coming months, while in many cases their landlords are benefiting from a mortgage holiday.

“Isn’t it clear that we need a complete ban on evictions during this crisis, on any grounds, and a rent holiday for those who need it?”

The First Minister replied: “We will continue to look at the action we can take and need to take and I rule nothing out and want to rule as much in as possible.

“But let me say today, categorically,  as First Minister – no-one should face eviction because of rent arrears accrued as a result of the coronavirus.”

Ms Sturgeon told MSPs the Scottish Government “will not hesitate” to intervene in issues “that put people in an unfair position” during the crisis.

She added: “The Government will take action if we find that any social landlord was contemplating raising the eviction proceedings against anyone in these circumstances.”

Reiterating pledges announced on Wednesday by Aileen Campbell, Ms Sturgeon said the Scottish Government was extending the period protecting tenants from eviction due to rent arrears from three months to six months.

“Housing tribunals, in any event, are not sitting right now so no proceedings would be taken forward at this time anyway,” she added.

“But let me repeat – no-one should face eviction because of this crisis we’re living through.”