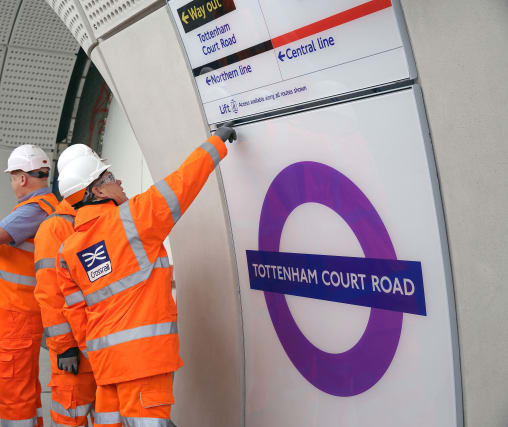 Crossrail could be further delayed due to the coronavirus, Sadiq Khan has indicated.

The London Mayor said it is “inevitable” that the troubled project – already behind schedule and over budget – will be affected by the outbreak.

He was asked by Caroline Pigeon, deputy chairwoman of the London Assembly’s Transport Committee, if the virus could close down some construction sites and push the rail scheme’s start date back even further.

Mr Khan replied: “If I’m saying only essential workers should go to work, if I’m saying the best way to reduce the spread of the virus is to stay at home unless you have to work, that is an impact.

“The Crossrail team will do what they can to work remotely where they can but some of the things you need to be physically there to do.

“So I think it’s inevitable.”

He added that Crossrail Ltd chief executive Mark Wild told him on Monday that the project was still running to the latest schedule, which involved it opening in summer 2021.

But the mayor acknowledged that “things have changed” since then.

The railway – which will run between Berkshire and Essex via central London – was due to open in December 2018, and its budget was set at £15.9 billion in 2007.

But it has been hit by a series of delays and cost increases, meaning it is at least two-and-a-half years behind schedule and has an estimated bill of £18.25 billion.