Restaurant chains start to shutter sites in face of pandemic 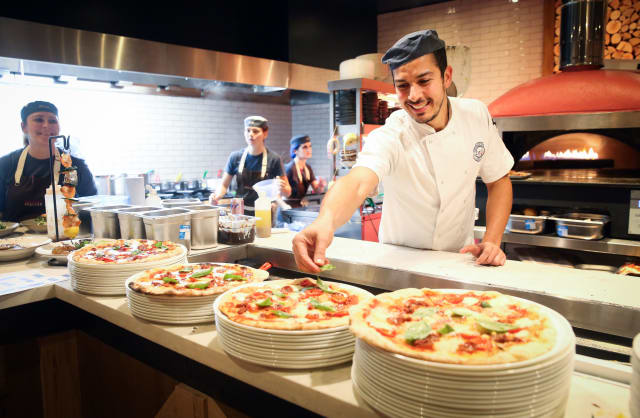 Zizzi and Ask Italian are to close their sites temporarily as national restaurant chains start to shutter in the face of the coronavirus outbreak.

Azzurri Group, which runs the Italian chains as well as Coco di Mama, confirmed that its 300-plus sites will shut their doors from Thursday.

The move is one of the largest mass closures yet, but comes as other dining chains halt operations for sit-down customers.

Steve Holmes, chief executive officer of Azzurri, said the decision was made in light of the Government’s recommendation to avoid public meetings and with “deepest regret”.

He said: “For many of our people, this will mean not working until we can safely reopen our sites and this has been the hardest part of our decision.”

The company said it currently plans for 117 Ask and Zizzi sites to be open for delivery.

Meanwhile, hospitality giant Whitbread is also set to temporarily close around 400 restaurant sites from Friday night in response to the virus.

The move will affect its chains such as Brewers Fayre, Beefeater and Bar + Block.

A Whitbread spokeswoman said: “Whitbread has entered these unprecedented times in a very strong financial position, and we are taking decisive action to protect the interests of our guests, our staff and our business.

“Following the recent, updated Government advice on social distancing, we have taken the decision to temporarily close our restaurants commencing Friday night. All of our Premier Inn hotels will remain open.”

A host of other smaller restaurant groups have also revealed closures, with Vietnamese brand Pho closing the doors of its 30 sites to focus on home delivery.

Burger chain Byron said it has also closed its operations to the public completely and is moving to delivery-only.

Brasserie Blanc, the chain of 17 French restaurants founded by TV chef Raymond Blanc, has also closed its operations completely for the near future.

Other chains, such as Itsu, have announced they have moved to takeaway-only models to reduce the time customers spend at their sites.

On Thursday, pub company Young & Co said it expects its pubs to close “at some point”, but is hopeful it will only be for a short period.

The group said its pubs will continue to operate “as we feel they offer local communities a place of sanctuary in these uncertain and worrying times”.

Brewer and pub group rival Shepherd Neame said it is “inevitable that trading will deteriorate rapidly” as its sites continue to trade.

However, the company said it had suspended the collection of rent receipts from its pub tenants in a bid to support them during the testing period.