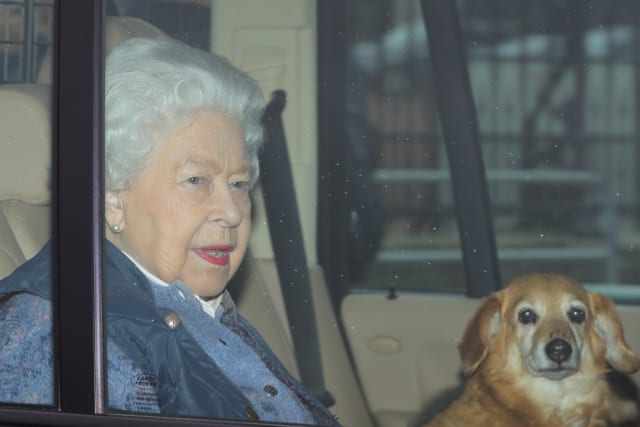 The Queen has been reunited with the Duke of Edinburgh at Windsor Castle after leaving London as she socially distances herself amid the coronavirus pandemic.

Philip, 98, was flown by helicopter from the Sandringham estate where he has been staying in his secluded Wood Farm cottage.

The monarch departed Buckingham Palace on Thursday for the Berkshire royal residence, accompanied by her two dorgis.

The duke, who has retired from public duties, had always planned to join his wife for Easter Court, but has arrived a week early to coincide with her movements.

A Buckingham Palace spokeswoman said: “The Duke of Edinburgh has arrived at Windsor Castle to join the Queen for Easter Court, as planned.”

The Queen, 93, was casually dressed in a cardigan and a navy padded gilet as she was driven away from the palace.

One of the Queen’s dorgis – she has two named Candy and Vulcan – could be seen next to her as they both looked out of the car window.

She carried out official duties the day before her planned departure, but held her weekly audience with Prime Minister Boris Johnson on the phone rather than face-to-face as usual.

Her Wednesday audience with the PM will, for the foreseeable future, take place via the telephone.