From Hollywood to the West End, the showbiz events impacted by Covid-19 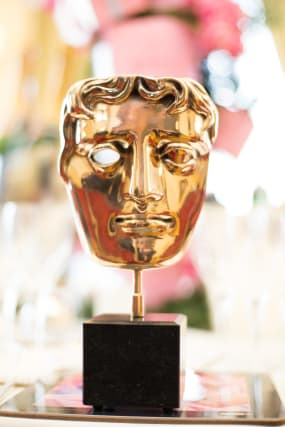 The coronavirus pandemic has caused widespread disruption to the entertainment industry, with numerous events cancelled or postponed.

Glastonbury Festival’s 50th anniversary edition and Eurovision 2020 in Rotterdam were the latest to be cancelled.

The Ivors, which honours the finest songwriters and composers on the contemporary landscape, was also postponed until September this year.

Here is how coronavirus has affected the entertainment industry:

– Disney delayed the release of several films, including its blockbuster remake of Mulan and the Marvel film Black Widow, while work on films including The Little Mermaid, Home Alone and The Last Duel were paused.

– The Secret Garden, A Quiet Place II and Fast & Furious 9 were also delayed.

– Filming was suspended on The Batman movie, starring Robert Pattinson in the title role, with Warner Bros announcing a two-week hiatus.

– Bafta postponed its annual television and TV craft awards. The TV awards were due to go ahead on May 17, while the craft awards, which celebrate technical achievement in television, were due to take place on April 26.

– Filming for series six of crime drama Peaky Blinders had been postponed, according to the programme’s Instagram page.

– Filming of EastEnders and other top BBC dramas – Casualty, Doctors, Holby City, River City and Welsh series Pobol y Cwm – has been suspended. EastEnders fans will still be able to get their fix of Walford from episodes already filmed, and TV bosses say just two episodes will air each week to make them last as long as possible.

– ITV announced it will postpone the final and semi-final of The Voice. The broadcaster will also air a new weekly Monday night show called Coronavirus Report. Soaps Coronation Street and Emmerdale will continue to be broadcast and new episodes will still be made but shoots will feature fewer cast members and less filming on location.

– Netflix stopped production on season four of Stranger Things as part of a move to shut down all scripted TV and film production in the US and Canada for at least two weeks.

– Apple also put work on many of its shows on hold. They include The Morning Show, Foundation, See, Servant and For All Mankind.

– Eurovision 2020 in Rotterdam was cancelled. It is the first time the event has not taken place since it began 64 years ago.

– Record Store Day 2020 was postponed by organisers by two months.

– The Billboard Music Awards, which was due to take place in Los Angeles next month, was postponed on Tuesday. Organisers said they hoped to announce a new date and venue “in the near future”.

– The Ivors, which celebrate songwriters and composers, were postponed until September 2.

– The Olivier Awards, which celebrate the theatre industry, were due to take place on April 5 but have been cancelled.

– Theatres in the West End and around the UK closed from Monday night. The Society Of London Theatre (SOLT) – which represents hundreds of theatres in the capital including the National Theatre, London Palladium and London Coliseum – and UK Theatre said the decision was “not taken lightly”.

– The Royal Shakespeare Company and The Royal Opera House were among the other venues that closed their doors.

– The Royal Albert Hall announced it had closed its doors, warning in a statement that “the consequences of these national actions are going to be hugely damaging”.

– The Tate said all four of its galleries – the Tate Modern and Tate Britain in London, the Tate Liverpool and Tate St Ives – would close.

– The Victoria and Albert Museum (V&A) confirmed all of its sites – South Kensington, Museum of Childhood, Blythe House, V&A Dundee – would “temporarily close”.

– The Science Museum Group, The Barbican, The National Portrait Gallery, The Natural History Museum, The British Museum, The Royal Academy and The Design Museum all also closed.

– The Met Gala, one of the biggest dates in the fashion diary each year, was postponed, host Anna Wintour said.

– Video game event Electronic Entertainment Expo widely known as E3, was supposed to take place in Los Angeles in June but it has been cancelled.

– Vue announced all 91 of the company’s cinemas will close from Tuesday until further notice, while major chains including Odeon, Cineworld, Curzon and Picturehouse have also announced plans to close their doors for the foreseeable future.