Downing Street: London will not be locked down like other world cities 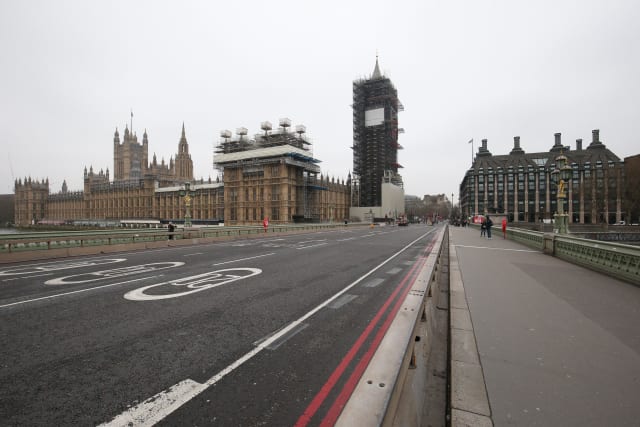 London will not be locked down like other major cities around the world, despite concerns about the pace of the spread of coronavirus in the capital.

Downing Street said there was “zero prospect” of a ban on travelling in and out of the capital.

But with some in the city still ignoring advice about socialising in bars and restaurants and continuing to travel, Number 10 and mayor Sadiq Khan suggested further restrictions could be imposed on Londoners.

Mr Khan was holding talks with the Prime Minister and senior officials on Thursday amid concerns about the NHS in London being put under intense pressure unless the spread of Covid-19 could be suppressed.

Boris Johnson has suggested “taking further and faster measures” in the capital.

But Number 10 rejected the prospect of draconian “lockdown” restrictions of the type imposed on residents of cities including Paris and Milan.

The Prime Minister’s official spokesman said: “There are no plans to close down the transport network in London and there is zero prospect of any restrictions being placed on travelling in or out of London.”

The spokesman said Mr Johnson and his advisers had set out the need for “social distancing” measures to limit the spread of the virus to protect lives.

“What we are focused on is ensuring that as many people as possible take that advice and don’t unnecessarily put themselves in the position where they could be spreading coronavirus,” the spokesman said.

Asked if pubs and some shops could be ordered to close, the spokesman said: “We do want people to follow the advice which we have given in relation to limiting unnecessary social contact.”

Mr Khan acknowledged that the situation in the capital meant further action will be necessary.

“We are clearly still in the early phase of this crisis but the spread of the virus is at a more advanced stage in London than in other parts of the country,” he said.

“This means that further measures will need to be introduced at the point at which they will have the biggest effect.”

Up to 40 London Underground stations which do not interchange with other lines could be closed while the Waterloo and City line and Night Tube services will not run from Friday.

The Mayor of London said the level of service was “likely to continue to reduce”, potentially “very significantly”.

Essential workers would still be able to get around the city, he said.

But he criticised Londoners who were refusing to follow the official guidance on social distancing and were still making unnecessary journeys.

In a direct message to the capital’s residents, he said: “I can’t say this clearly enough: people should not be travelling by any means unless they absolutely must.

“The scientific advice on this is very clear: Londoners should be avoiding social interaction unless absolutely necessary and this includes avoiding using the transport network.

“I want to see more Londonders following the expert advice, which means it’s critical that we see far fewer Londoners using our transport network than is currently the case.”

Senior officials in Government insisted that the kind of measures banning travel which have been imposed in France and Italy would not be coming to the UK.

“There is not going to be any point where there are border guards stood around London saying ‘you can’t come in or out’,” a source said.

“That’s not the sort of country we are.”