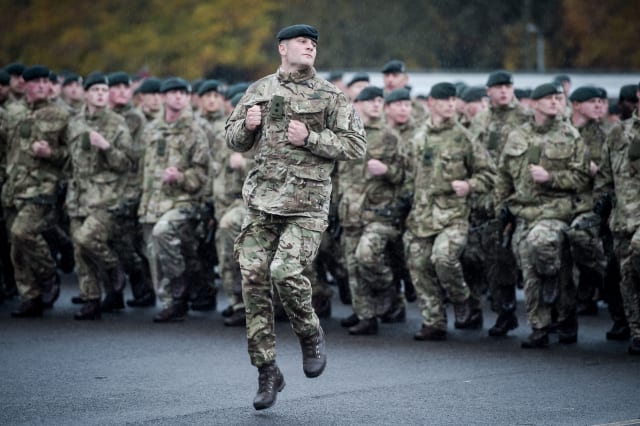 Deploying thousands of military personnel to assist with the coronavirus pandemic is “risky”, a defence expert has warned.

Elizabeth Braw, senior research fellow at the Royal United Services Institute (RUSI), said the tasks troops would be expected to carry out were “not their speciality” and “essentially a distraction” from their normal duties.

The Government announced on Wednesday that up to 20,000 service personnel will form part of a Covid Support Force, as the number of deaths in the UK rose to 104.

“With something like this, it is not exactly clear how the armed forces can support and more importantly we have to consider that they may be needed elsewhere,” Ms Braw told the PA news agency.

“We can’t take for granted that we will only have a virus outbreak. What if there is another contingency, and I think that is the danger in relying on the armed forces.

The Ministry of Defence (MoD) said it was “fully engaged” with all levels of Government to work out how the military can provide a support role over the coming weeks and months.

Around 10,000 troops are held at “higher readiness” in case of a civil emergency and this figure will be doubled in the effort to support public services amid the coronavirus outbreak, the department said.

Ms Braw, who heads the RUSI Modern Deterrence Programme, suggested that in future “ordinary civilians” – including teenagers – should be trained to support in times of crisis.

“It’s good that (the armed forces) can help this time, but it does raise the question of what we should do differently – this time it is too late, but for future contingencies,” she said.

“Maybe the answer is to have trained civilians who can step in and help the blue light services and other government agencies when there is a crisis so we don’t always have to turn to the armed forces.”

Military personnel have been enlisted to assist in previous national emergencies, most recently during widespread flooding caused by storms Ciara and Dennis.

During the 2012 London Olympics, some 13,500 troops were called to provide logistical support and venue security.

As part of the Covid Support Force plans, 150 military personnel will be trained to drive oxygen tankers for the NHS, as well as providing general public support, the MoD said.

“This is when social media is at its most ridiculous,” he wrote on Twitter.

“We’ve got plans for offering all sorts of support during the Coronavirus outbreak. But absolutely none of them, not even one, involve tanks!”