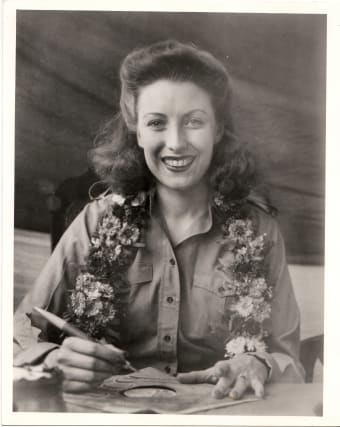 Dame Vera Lynn calls for the British public to find “moments of joy” during these “hard times” in a video celebrating her 103rd birthday.

The Forces’ Sweetheart, who performed to British troops during the Second World War, marked the milestone on Friday with a new music video accompanying her song, We’ll Meet Again.

It features archive footage of Dame Vera performing the anthem alongside new visuals and words tackling current themes such as the Covid-19 outbreak.

The track also features a voiceover from the singer, recorded at home in the week of her birthday.

She says: “We are facing a very challenging time at the moment, and I know many people are worried about the future.

“I’m greatly encouraged that despite these struggles we have seen people joining together.

“They are supporting one another, reaching into the homes of their neighbours by offering assistance to the elderly and sending messages of support and singing into the streets.

“Music is so good for the soul, and during these hard times we must all help each other to find moments of joy. Keep smiling and keep singing.”

Dame Vera, born in East Ham, east London, rose to popularity while performing for troops during the war in countries including Egypt, India and Burma.

Her best-known songs include The White Cliffs Of Dover and There’ll Always Be An England.

In another video message on Wednesday, Dame Vera called on the nation to pull together and overcome Covid-19.

She said: “All around the world, people are facing extremely difficult times. It is likely that we will all have to make hard decisions in the coming months.

“I am reminded of World War Two, when our country faced the darkest of times and yet, despite our struggles, pulled together for the common good and we faced the common threat together as a country, and as a community of countries that joined as one right across the world.”