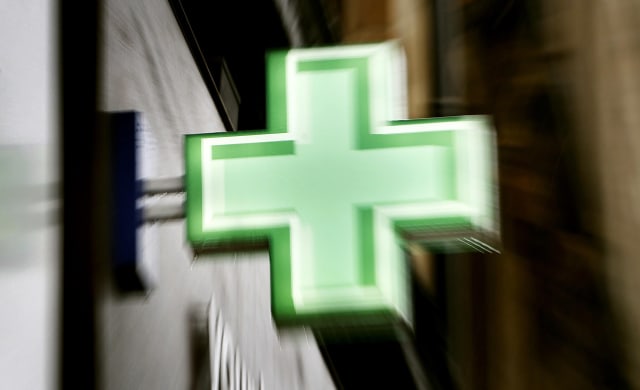 Customers have been “in tears” over one pharmacy’s paracetamol prices as other retailers warn of rising wholesale costs amid the Covid-19 outbreak.

A pharmacy in Birmingham has come under fire after bottles of 200ml liquid paracetamol appeared for sale at one branch for about treble the average standard price.

Birmingham city councillor Majid Mahmood said he had five people from his ward tearfully ringing him up about the rises on Wednesday.

His Bromford and Hodge Hill ward sits in one of the most deprived constituencies in England, with a 2018 study commissioned by the End Child Poverty Coalition finding more than half of children grew up in poverty.

At other online retailers – where Calpol has sold out – prices were listed at around £3.49 and £6.49, respectively.

Jhoots, which runs the site, said in a statement that “disparities” in some branches had stemmed from “an erroneous communication” and it had since taken steps to correct prices.

The business, based in Walsall in the West Midlands, said it would also refund any affected customers and ensure no repeat of the error.

It comes as the pharmacy industry has been warning of how wholesale paracetamol prices have “gone up” in the current climate, due to supplier issues.

Commenting on the rise at his local pharmacy, Mr Mahmood said: “Business is business, they have to make a profit.

“But firms shouldn’t be charging extortionate pricing when you know people are desperate in a national crisis.

“When you’ve got people crying down the phone because they can’t afford Calpol – that’s wrong.”

He added: “Jhoots have said it was an erroneous communication to some branches but the fact is they’ve got a social responsibility as a pharmacy.”

In a statement posted on Twitter responding to social media criticism of the pricing, Jhoots said: “It has been brought to our attention that pricing disparities occurred yesterday at a small number of our branches.

“We have acted immediately and conducted a thorough investigation into this matter and have found that following an erroneous communication, price increases were made at branch level.

“In order to rectify the issue we will make full refunds to our customers affected by this and have taken all appropriate action to ensure that this does not happen again.

“We will continue to maintain our focus of serving our customers to the best of our ability during a very busy and challenging period.”

It came after an independent pharmacy which runs three outlets in London said it would stop selling hand sanitiser due to bad publicity over inflated prices, amid the coronavirus outbreak.

That retailer blamed suppliers for increasing costs after posts on social media criticised the cost of sanitisers in the stores.

The National Pharmacy Association told the PA news agency that pharmacies were facing fluctuating wholesale prices on medicines and other supplies such as hygiene products.

On Wednesday, the Competitions and Markets Authority (CMA) said it was taking “an extremely high number of calls” from the public about sales and pricing during the Covid-19 outbreak.

In Northern Ireland, Stormont’s health committee heard an explanation for the rising cost of paracetamol.

Gerard Greene, of Community Pharmacy Northern Ireland, said: “Paracetamol is one of the most commonly used medicines and available to buy over the counter, traditionally maybe up until last week you could have purchased a pack of it for 79p in the local pharmacy.

“This week, the prices that pharmacies are being charged through the supply chain for the same pack is approaching £2 so it is just not sustainable for us to sell it at 79p.

“We will always work in the interests of the patient but that’s part of the reason why the price has gone up.

“There are global issues at play because the supply of some of the core ingredients for paracetamol in India has come into problems, and that has affected the ability of paracetamol to be made globally and therefore there is a supply issue there.”

Mr Greene said there has also been a rise in the price of some prescription medicines.

“We just want to get on with the job of looking after patients,” he added.

Earlier this month, the CMA warned retailers they must not try to “take advantage of people” concerned about the outbreak of coronavirus.

Officials at the competition watchdog also said they would take strict action and that anyone trying to inflate prices could be fined under competition laws.