Charities brace for a hit to fundraising due to coronavirus 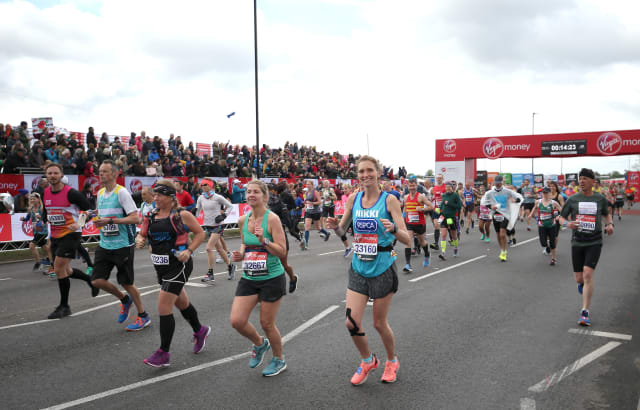 The cancellations of fundraising events and closure of high street charity shops due to the coronavirus pandemic will leave a big hole in the finances of UK charities, the sector has warned.

Many charities rely on income generated by the London Marathon – which raised over £66 million last year – and other smaller sporting events.

The marathon is currently postponed until October.

Oxfam announced on Wednesday it would be closing all of its UK high street shops – around 600 outlets – indefinitely, with Cancer Research UK following suit on Thursday.

The international aid organisation’s shops made £17.3 million after costs in the 2018/2019 financial year.

Cancer Research UK’s stores raised £109 million over the same period, accounting for 16% of its income, while events generated 8.5% of income at £57 million.

“While our priority is ensuring that people affected by cancer get the support and information they need during unprecedented times, we’re having to work quickly to understand the impact the pandemic will have on Cancer Research UK’s fundraising.

She added: “However, the chain relies on the unswerving support of thousands of dedicated volunteers and customers – many of whom are older people – and ensuring their wellbeing is paramount.”

The charity’s online outlets will remain open and Ms Mitchell said it was reviewing its calendar of events, particularly its many Race For Life fun runs, and would “take action as necessary” as the coronavirus situation develops.

Smaller charity Brain Tumour Research has forecast a 50% shortfall in its annual income – from £4 million to £2 million – in large part due to the cancellation of charity fundraisers.

Hugh Adams, a spokesman for the charity said: “This is a massive financial hit for us and could mean that charity-funded research into brain tumours will stop and the vital progress we have made so far will be lost.”

Brain Tumour Research is hoping its annual Wear a Hat Day on March 27 will help plug some of the hole left in its funding.

Mr Adams said: “We know that our supporters are a very committed bunch and it is heart-warming to see examples coming through where people are coming up with ideas on how they can still wear hats and raise money.

“We’re working round the clock to contact people to let them know we are still here, we are still fighting and to come up with ideas on how we can work with them to keep the income coming in.”

Animal charities the PDSA and Dogs Trust said they were also expecting a significant financial hit as a result of the pandemic.

A PDSA spokesman said: “What we are experiencing is completely unprecedented and although we have robust plans in place, this ever evolving crisis around us will have a very significant and long lasting effect on our income, running into many millions of pounds.”

Most of the organisation’s charity shops remain open, but it said it was monitoring the situation as it develops.

The PDSA is mostly restricting services at its 48 pet hospitals to emergency treatment only to minimise the risk of covid-19 infection to its staff and clients.

A representative for Dogs Trust said it was postponing or cancelling its fundraising events that would bring people into close contact with one another in line with Government advice and has closed all of its charity shops.

A spokesman for the trust, which had income of £111 million in 2018, said: “Whilst the full extent of the impact on our income is unknown, our focus now has to be on public safety, looking after the dogs in our care and the wellbeing of our staff and volunteers.

“During this current crisis if people want to support our work caring for dogs, then they can go to our website and help with a donation – it would make a big difference.”