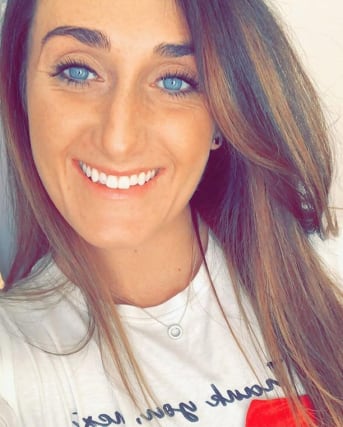 The body of a British soldier killed in Iraq last week has been returned home.

Lance Corporal Brodie Gillon, who served as a Reserve with the Scottish and North Irish Yeomanry, died after a dozen missiles were fired at Camp Taji, north of Baghdad, on Wednesday March 11.

Two US servicemen were also killed in the attack and 14 other military personnel were injured, according to the US Defence Department.

L/Cpl Gillon had been volunteering as part of the Irish Guards Battle Group during their deployment to Iraq, the Ministry of Defence (MoD) said.

The body of the 26-year-old, who was a sports physiotherapist in her civilian life, was repatriated to Royal Air Force Brize Norton on Thursday with the RAF A400M touching down at 1.30pm.

Her family attended the service along with senior military figures and representatives of her regiment.

In a statement L/Cpl Gillon’s family said: “Our hearts are irreparably broken at the loss of our beautiful, bright and fun-loving Brodie.

“She brought immeasurable love, fun and energy to our lives and was so generous in every way.

“She was determined and tenacious, wonderfully funny, courageous and caring.

“Brodie was a force of nature, a strong independent young woman.

“She was fierce, with a strong mind and a sensitive soul. Her healing and strength will guide us as we carry on without her, for her.”

Defence Secretary Ben Wallace added: “From the warm testimonies of those who served with her, it’s clear that L/Cpl Gillon was held in the highest regard and was a shining example of what our Armed Forces stand for, inspiring those around her and always putting others first.

“My thoughts go out to her loved ones at this incredibly difficult time and we will ensure they receive all the necessary support.”