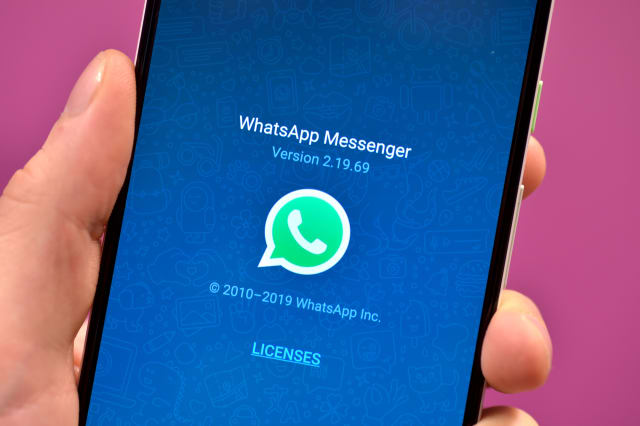 WhatsApp has launched an information hub offering guidance on using the service and reducing the spread of disinformation during the Covid-19 outbreak.

The Facebook-owned platform’s hub includes tips for those who use the app as part of their work as well as general users.

Concerns have been raised over the messaging and the amount of disinformation being spread via the platform, with content harder to trace as messages on the service are end-to-end encrypted and therefore unreadable to anyone but those in a conversation.

Previous reports have suggested misleading and incorrect information is being widely forwarded to others on WhatsApp, spreading both inaccurate information and panic in the process.

The platform has around two billion users worldwide.

WhatsApp said its new Coronavirus Information Hub would provide guidance for those in the health and education sector, as well as other businesses and organisations which use the service for their work.

It has been launched in partnership with the World Health Organisation (WHO), Unicef and the United Nations Development Programme (UNDP), and will include information from those organisations.

The firm said the hub would also include “general tips and resources” for users around the world to help reduce the spread of rumours and instead connect them with accurate health information.

Will Cathcart, head of WhatsApp, said: “We know that our users are reaching out on WhatsApp more than ever at this time of crisis, whether it’s to friends and loved ones, doctors to patients, or teachers to students.

“We wanted to provide a simple resource that can help connect people at this time.”

The messaging platform has also announced a one million dollar (£823,000) donation to the Poynter Institute’s International Fact-Checking Network (IFCN).

The donation will support the IFCN’s #CoronaVirusFacts Alliance programme, which fact-checks claims about the outbreak and includes more than 100 organisations working in more than 45 countries.

“We are also pleased to be able to partner with the Poynter Institute to help grow the amount of fact-checking organisations on WhatsApp and to support their life-saving work to debunk rumours,” Mr Cathcart said.

“We will also continue to work directly with health ministries around the world for them to provide updates right within WhatsApp.”

Baybars Orsek, director of the IFCN said: “The timely donation from WhatsApp will help the fact-checks published by the CoronaVirusFacts Alliance to reach wider audiences and, in consequence, help people sort facts from fiction during this avalanche of information that WHO called an ‘infodemic’.

“The International Fact-Checking Network also looks forward to discovering ways to understand the spread of health-related hoaxes on WhatsApp in different formats and to make tools available for fact-checkers to detect and debunk misinformation on the messaging app.”