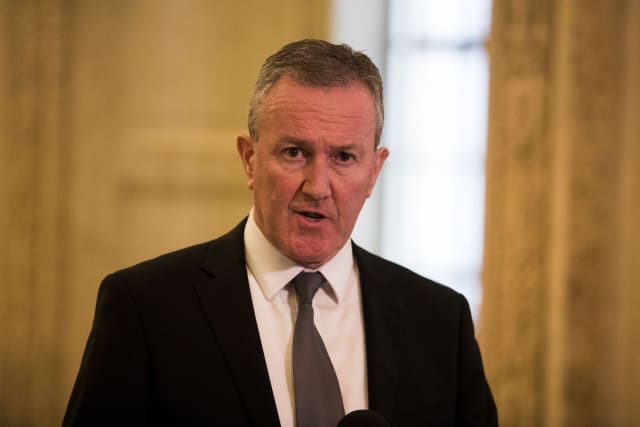 Stormont will not hold back on allocating funds for an emergency package to help tackle the coronavirus crisis, the Finance Minister has said.

Conor Murphy said a three-month rates holiday for businesses announced on Tuesday was only the first measure in a series of forthcoming steps.

Mr Murphy said he expected that grants of up to £25,000 being offered to businesses in England would be available to companies in Northern Ireland.

“It’s not a question of holding back and being prudent, there is an emergency happening all around us and it needs an emergency response and we will direct whatever resource we get at it,” he said.

His comments come as hundreds of jobs continue to be lost in the region amid an unprecedented wave of businesses closing down.

Executive ministers, health chiefs and emergency services are among those attending a meeting of Northern Ireland’s Civil Contingencies Group to discuss the crisis on Wednesday.

Economy minister Diane Dodds has expressed hope a financial package could be unveiled by the close of Wednesday.

“I hope that by the end of today we will be able to announce measures that we want to take in relation to the economy,” she told BBC Radio Ulster.

“We now know this money is coming. It’s a significant amount of money and we need to be sure there is that mixture of loans at the national level, that we have the rates relief, that we have additional help for businesses that will help us alleviate some of the pressure in a very, very difficult situation and a very fast changing situation.”

Mr Murphy accused the UK Government of a “dangerously slow” response to the crisis and said Stormont had been in limbo waiting for confirmation of the money being made available by Treasury.

Northern Ireland is receiving £640 million as part of the £350 billion package announced by Chancellor Rishi Sunak on Tuesday.

The Executive had already received an additional allocation of around £200 million in last week’s budget.

“I am glad the British Government are finally waking up to both health realities and the economic realities in terms of the severity of the issues that are facing us,” Mr Murphy told Radio Ulster.

He acknowledged that a priority was to help companies struggling to pay staff wages.

Several schools have been denied permission for exceptional closures by the Department of Education. Many are using their allocation of discretionary closure days to close their doors to pupils anyway.

The five main teaching unions have written to Mr Weir asking him to set a date for closures. In the Irish Republic, schools have been closed since Friday.

In Belfast High Court on Wednesday afternoon, a Co Armagh mother whose daughter has a respiratory condition will begin a legal challenge against the decision to keep schools open.