Schools to close in Northern Ireland over Covid-19 pandemic 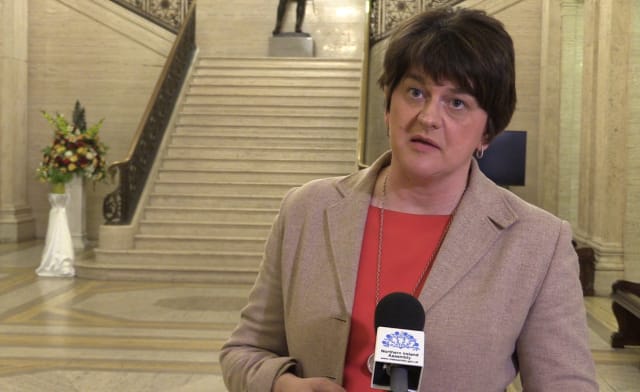 Schools are to close across Northern Ireland from Monday in a bid to delay the spread of coronavirus.

And officials said they could be shuttered until this summer.

Stormont First Minister Arlene Foster said “The societal and economic impact of this measure will be enormous.”

She said the closures were “unplanned and long-term”.

“This is unprecedented,” she added.

Ms Foster and Deputy First Minister Michelle O’Neill made the announcement in Belfast.

They had been at loggerheads after the Sinn Fein leader wanted to act sooner following a similar move from the Irish Republic.

The five main teaching unions have written to Stormont Education Minister Peter Weir asking him to set a date for closures.

In the Irish Republic, schools have been closed since Friday.