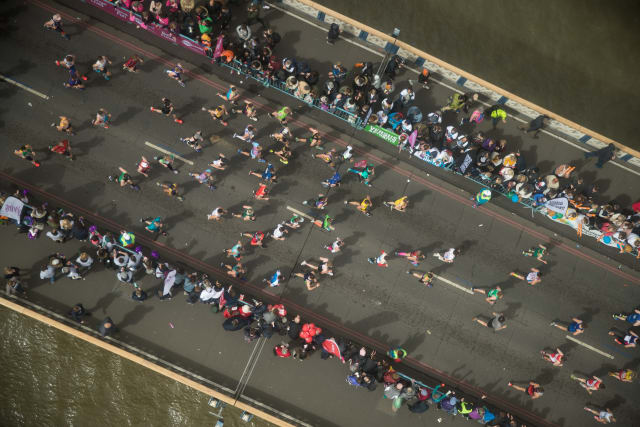 Runners missing out on a race because of coronavirus are being offered the chance to compete for a medal virtually.

Events all over the world have been scrapped or postponed, including next month’s London Marathon – which has been put back to October.

But the Find A Race online service is aiming to make sure runners’ training does not go to waste with the introduction of Plan B, a virtual race for people to take part in wherever they are.

The event is being organised by Rob Farrow, 41, who had himself been due to take part in the Madrid Marathon in April.

He said: “Having a goal is a real big driver for people. I guess it’s one of the reasons why just signing up for something like gym membership isn’t something that necessarily lasts.

“Having a goal like a race day to aim for and a medal to earn is something that really does motivate people.”

Runners can complete their chosen distance – from 5km to a marathon – wherever they are, or on a treadmill.

They must send proof of having completed the distance – such as a photo of the distance completed on a treadmill or a screenshot of a running app – to claim their medal.

Entry into the race costs from £10, with all profits going to the World Health Organisation’s Covid-19 Solidarity Response Fund.

Organisers say they have already made around £10,000, but would “love to get that closer towards six figures”.