Richard Ratcliffe: Nazanin’s temporary release is ‘light at end of the tunnel’ 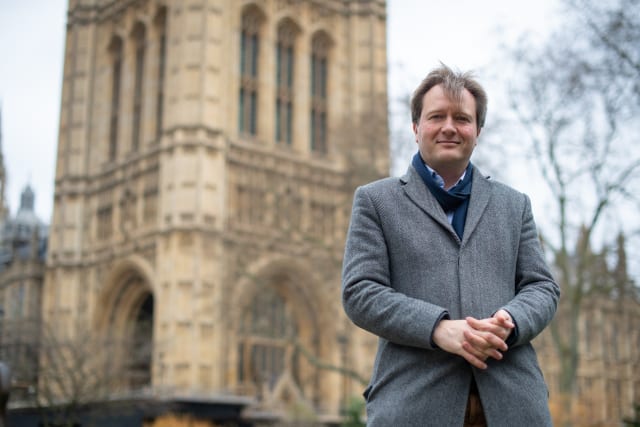 The husband of Nazanin Zaghari-Ratcliffe has said her temporary release from prison will be “devastating” if it does not lead to her eventual release – but he is hoping developments signalled “light at the end of the tunnel”.

Richard Ratcliffe, 45, said the family were overjoyed by the decision of the Iranian jail to allow Mrs Zaghari-Ratcliffe to spend the next two weeks in relative isolation at her parents’ house in Tehran while the country gets to grips with the coronavirus.

Mr Ratcliffe, from north London, said the couple’s daughter Gabriella has already spoken to her mother via Skype since the release, showing her the dolls in her room and her “big girl’s bed”.

The five-and-a-half-year-old, who returned to the UK last autumn having spent more than three years living with her grandparents in Iran, has become upset that her mother has not been able to return home to the UK.

Mr Ratcliffe told the PA news agency: “She was very excited when she realised we were going to speak to mummy.

“Actually being able to speak to mummy and show her her dolly and big girl’s bed, showing Nazanin her world in the UK, was really uplifting.

“She was a bit sad afterwards, she’s asked why mummy can’t come back to our house.

“For me, the hardest parts are when Gabriella just wants her mummy. She will ask when mummy’s coming home, she dwells in the moment rather than the long term.

“She obviously is asking questions that are difficult to answer and we’re looking forward to the day when she doesn’t have to.”

Mr Ratcliffe said his wife has to wear an ankle tag and can only go within a 300-metre range of her parents’ home, before her intended return to prison in a fortnight.

But he said the temporary release has given them hope that her eventual return to the UK is one step closer.

Mrs Zaghari-Ratcliffe was previously granted a short-term release in 2018 – and was left “devastated” when she was summoned back three days later.

Mr Ratcliffe said: “I think she’s not thinking about going back to prison at all.

“It’s like a much more extreme version of going on holiday: the first day you’re just busy being happy on holiday. The nearer you get to home time, the more your thoughts turn to what that means.

“Last time in 2018 her furlough was only three days – it was devastating.

“If that happens again, it will be devastating again.

“Going back isn’t today’s worry, but when we get to the end of March we will be knocking on the door of the government very, very firmly.

“We’re still in the tunnel but there’s some light, and what we’re asking the Government to do is to keep moving us along the tunnel towards that light.”

Mr Ratcliffe said he was particularly encouraged by reports the prison governor and guards all shook his wife’s hand and wished her well as she left the compound this week.

He added: “I stand here more positive today than I was yesterday having had a few chats with her and seeing her big smile.”

Mrs Zaghari-Ratcliffe was arrested at Tehran’s Imam Khomeini Airport while travelling to show her daughter to her parents in April 2016.