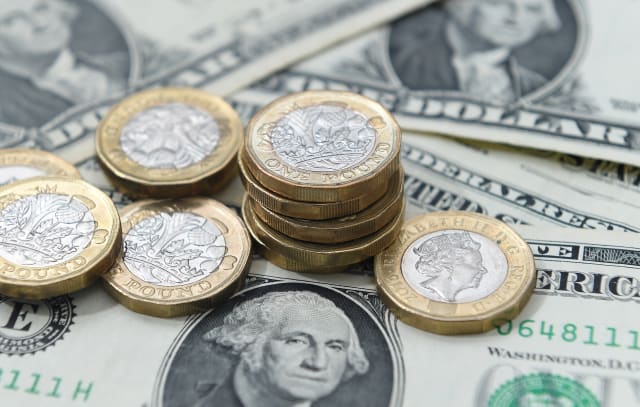 The pound has hit its lowest point in 35 years after traders flocked to the safety of the US dollar as global markets reel from the coronavirus pandemic.

Sterling was down by as much as 2.53% against the greenback on Wednesday, with one pound buying only 1.1758 dollars.

It marks the lowest point for the currency since 1985, when the US deliberately devalued its currency.

Analysts said on Wednesday that it was perhaps misleading to speak of a falling pound, as the story was more about a rising dollar.

Ranko Berich at Monex Europe, a foreign exchange firm, said: “Idiosyncratic factors such as the UK’s monetary and fiscal response or Brexit are beside the point: this is about the US dollar, which is proving unstoppable as global financial markets stare into the abyss of crisis-like conditions.”

The dollar was also up by around 0.55% against the euro, the Japanese yen, the Swiss franc, the Canadian dollar, the Hong Kong dollar, and several other currencies.

The fall in the pound even surpassed the so-called flash crash of October 2016 when the exchange rate bottomed out at 1.195 dollars to the pound.

But Mr Wilson warned against simply putting the pound’s weakness down to the strength of the greenback.

The euro might be down against the dollar, but it is still only making half the losses that sterling is racking up.

“Whilst (a strong dollar is) the main reason for the pound’s decline, there are clearly other factors at work. The UK Government’s massive fiscal package undoubtedly means more borrowing for the UK economy – how do we pay for all this?” he said.

Mr Wilson added: “Concerns about what the implications are on Brexit from the coronavirus may also be a factor, whilst we have also seen a sharp downgrade of UK growth forecasts – but Britain is not alone on that front by any means.”