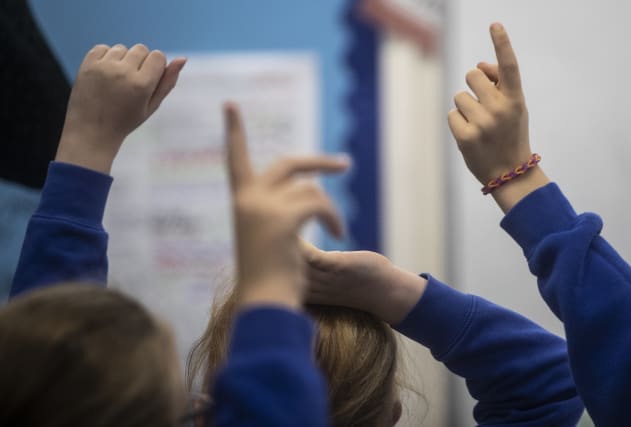 Northern Ireland’s education minister has said he cannot give a date for when schools will be closed.

Peter Weir said that when schools close over coronavirus, it will not be short term, but potentially until the end of August.

Several schools have been denied permission for exceptional closures by the Department of Education.

Many are using their allocation of discretionary closure days to close their doors to pupils anyway as the number of cases of Covid-19 multiplies.

The five main teaching unions have written to Mr Weir asking him to set a date for closures.

Appearing before Stormont’s Education Committee on Wednesday, Mr Weir emphasised that it is a “fluid situation” in “unprecedented times”.

He said staff are “withdrawing from all non-essential work” to focus on the impact of the virus.

Mr Weir said there will come a point at which schools will need to be closed, revealing that teachers are currently preparing material so that education can continue after closures.

He outlined some of the factors under consideration in terms of school closures, which included childcare, free school meals and state examinations.

The minister said the “preferred option would be for schools to continue to operate normally, and that exams would be able to be held”, but added there is a “realisation that may well not be practical”.

The minister responded by saying advice was from Northern Ireland’s chief medical officer, the Public Health Agency and the Scientific Advisory Group for Emergencies.

“Realistically when children are removed from school … you are talking about the end of August … the chief medical officer said now is not the time to do that,” he told the committee.

Mr Weir added that there are “likely to be large numbers of deaths”.

“If we can try to keep that to a minimum, my overriding duty is to try and preserve life … but frankly there are no easy choices and we are moving in a fluid environment,” he said.

Referring to the Republic of Ireland, where schools were told to close for two weeks, Mr Weir said such a break in light of a “long-term virus … isn’t going to do much good”.

“Two weeks is a token gesture,” he said.