MPs told to stay away from PMQs in response to coronavirus 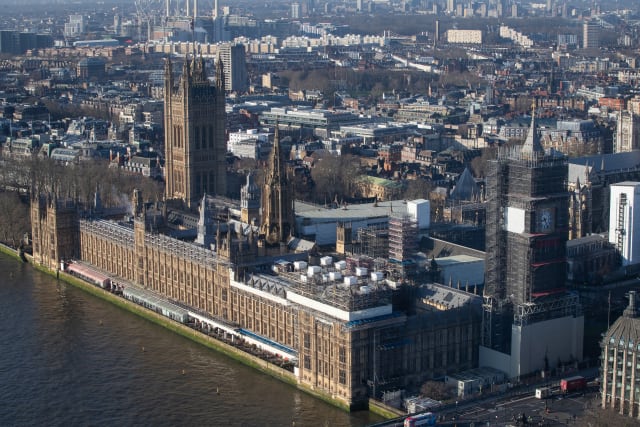 MPs have been told to stay away from Prime Minister’s Questions unless they are expected to be called to quiz Boris Johnson.

Conservative and Labour whips are understood to have told their MPs not to attend the chamber unless they have a question listed on the order paper.

The move comes after MPs expressed unease about Parliament continuing to function as normal during the coronavirus crisis despite the official advice on social distancing.

Mother of the House Harriet Harman criticised the “packed back benches” and a “bustling tea room” at a time when members of the public were being urged to work from home and avoid pubs and restaurants.

The veteran Labour MP said the situation was setting a bad example to the country.

She suggested that a process of “streamlined online accountability” could be a replacement for hundreds of MPs packing into the chamber.

Fellow Labour MP Lucy Powell said: “We should be practising what we are preaching.

“MPs sitting cheek by jowl all day, heading back off around the country, isn’t good.”

In the Lords, elderly peers have been told it is not their “duty” to attend Parliament during the crisis.

The Lord Speaker, Lord Fowler, said that as parliamentarians it was their duty to show leadership and “heed the advice of public health experts”.

“Parliament will continue to sit. That is important. But the way we operate will have to change,” Lord Fowler said.

So far, two MPs have confirmed positive tests for the coronavirus, but more are self-isolating, including Cabinet minister Oliver Dowden.

Changes being discussed by parliamentary authorities include “radically” reducing the number of MPs present in the chamber or allowing party whips to act as “proxies” for colleagues’ votes.

But the Electoral Reform Society warned this could concentrate power at a time of crisis and called for remote voting to be introduced.

One of the pressure group’s directors, Willie Sullivan, said: “Rather than handing all the power to the party whips, this should be an opportunity for Parliament to modernise and introduce remote voting – with MPs feeding in their views electronically or directly to the clerks.”

Commons Clerk Dr John Benger has set out a serious of options that may be considered by the parliamentary authorities.

Among them were a portion of MPs representing the current balance of the House being agreed by parties if it was desired to “reduce radically” the number of members in the chamber.

“There is a lot of Covid-19 in Westminster,” he said after announcing that he had developed symptoms and entered self-isolation.

Ms Powell said: “With central London such a ‘hot bed’ for spreading the virus, we really need to quickly change how we are working in Parliament and Whitehall.”

Labour MP Wes Streeting said: “Parliament must sit throughout this crisis, especially during this crisis, but we can change the way we work with practical steps – like a rota for speakers during questions and debates to help limit numbers in the chamber.”