More than a dozen high-profile Old Bailey trials on hold 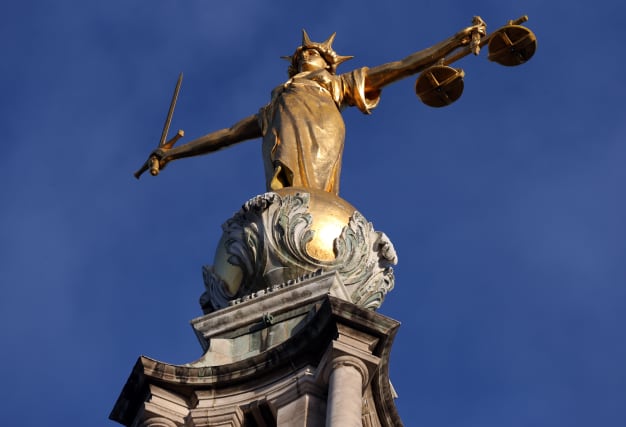 More than a dozen high-profile trials have been put on hold at the Old Bailey over coronavirus fears.

On Tuesday it was announced that upcoming criminal trials lasting more than three days would be postponed, in efforts to delay the spread of Covid-19.

Among the hardest hit will be the Central Criminal Court, the venue for hundreds of trials a year for the most serious offences, including murder, terrorism, attempted murder, manslaughter and death by dangerous driving.

The historic building in central London, which has 18 courtrooms, currently has eight murder cases mid-trial, which will continue.

Among them is the trial of three teenagers accused of the murder of Police Constable Andrew Harper, who died in the line of duty trying to apprehend quad bike thieves.

In the weeks up to April 30, a string of new trials, which typically last between two to six weeks, have been postponed, a court official has confirmed.

They include several murder trials involving youths as young as 16, who as a result will spend more time behind bars on remand.

Among the affected cases is the trial of two young men accused of the murder of athlete Tashan Daniel, 20, who was on his way to an Arsenal match when he was stabbed to death at Hillingdon underground station last September.

The case of a 16-year-old boy charged with the murder of 20-year-old Ben Lines, in Bexley, south London, will also be rescheduled.

Dean Smith, 45, from Watford, was due to go on trial at the Old Bailey charged with the murder of his 13-year-old daughter in the coming weeks.

Maisie Newell suffered a fractured skull and brain injuries as a baby and died, allegedly as a result, in June 2014.

The decision to put off trials at Crown Courts will affect the families of victims, who will face an even longer wait for justice.