Ministers have 24 hours to save one million hospitality jobs, trade body warns 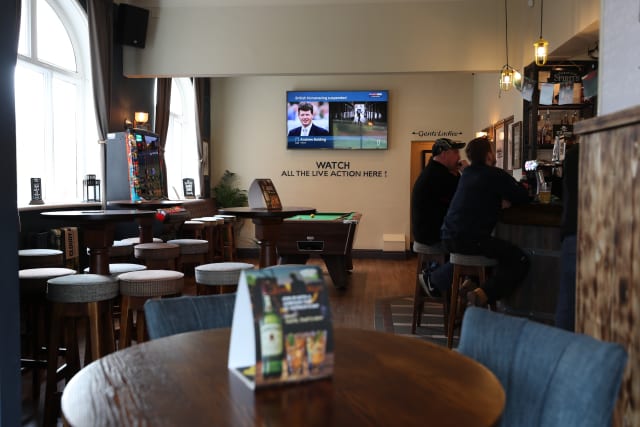 The Government has 24 hours to save one million jobs in the hospitality industry amid the worsening coronavirus crisis, it has been warned.

The group issued a stark warning that unless an immediate package of employment support for businesses is agreed within the next 24 hours, employers face the prospect of making immediate mass redundancies in order to survive.

Chief executive Kate Nicholls said: “Our analysis suggests in excess of one million jobs are now on the line. Job cuts are extraordinarily deep and they are happening now – today and tomorrow, and are snowballing.

“Companies are having to make the very difficult decisions now and with many hospitality and leisure businesses now having to choose to close or massively reduce their operations, there is little chance of saving many jobs without far-reaching help.

“What the sector urgently needs is a package of support and funding to keep people in employment – within 24 hours.

“While the extra measures announced yesterday represent significant help that will give many companies a lifeline, the massive issue remains people and preservation of jobs.

“What was announced by the Chancellor yesterday will not stop job losses as companies will be very worried about taking loans to pay staff when they have zero income – for many, it just isn’t viable.

“This is about helping individual people to preserve their employment status and to avoid swamping the already-strained welfare system. It will also allow companies to keep their teams and be ready to aid the economic recovery when stability returns.”

UKHospitality estimated that in the two weeks since the impact of the coronavirus was truly felt in the UK, the industry has lost between 200,000 and 250,000 jobs, mainly in the past few days.

Ms Nicholls added “The speed of change and the severity of the action companies are now having to take is shocking and many, many more jobs will be lost in the coming days, without help.”