Holidaymakers struggle to get home amid coronavirus shutdowns 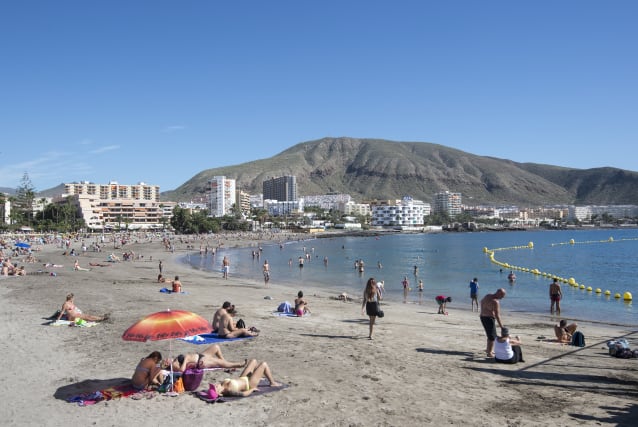 UK holidaymakers face a race against time to return home as countries around the world shut down due to the coronavirus.

The Foreign and Commonwealth Office (FCO) advised travellers in Spain to return home before March 24 as its government has ordered all hotels to close from that date.

Thomas Reilly, the British ambassador to Morocco, said “we are trying to get as many flights in as we can” before the country’s airspace closes at midnight on Thursday.

Holidaymakers struggling to return home have accused airlines of leaving them stranded and demanding extortionate fees.

Tom Widdall, who is in Morocco with his heavily pregnant girlfriend, was due to fly home from Agadir to Manchester on Saturday, but his easyJet flight was cancelled.

EasyJet told passengers it is “doing all we can to assist”.

Consumer group Which? identified several other cases where UK travellers have faced difficulties getting back to the UK.

A woman in Cusco, Peru, was due to fly home to the UK on Monday but was bumped from her flight by the airline.

The carrier, which was not identified by Which?, told the woman it would not be operating any further flights and would not provide any assistance.

When she contacted the FCO, she was advised to try the airline again or get in touch with the nearest embassy, which is closed for 15 days.

A traveller in South Africa was told she would need to pay nearly £2,000 to bring forward the return date for her and her son.

She is concerned that flights will no longer be departing by the time she is due to travel this weekend, and has had no response from the British embassy despite several attempts to make contact.

Rory Boland, editor of Which? Travel, said: “Airlines must stop cashing in on the misfortune of their customers and prioritise getting them home safely – going above and beyond their legal obligations where necessary.

“The Government must also up its game and provide British citizens fearful of being stranded abroad with useful advice.

“Where scheduled services have been withdrawn, it should explore all options to get these people on flights home.”

An FCO spokesman said: “We recognise that any British people currently overseas may be nervous about the impact of coronavirus on their travel and their health.

“We are in close contact with travel providers and our international partners to provide support to those British people affected by ongoing measures to prevent the spread of Covid-19.”