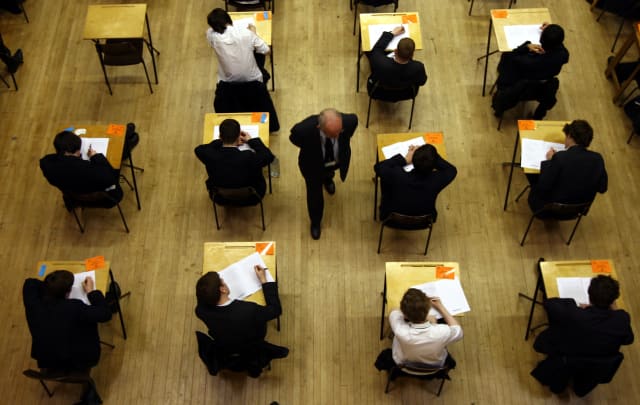 Boris Johnson and Gavin Williamson have said schools will close to all pupils except those of key workers in a bid to slow the spread of Covid-19.

Here is a look at the key measures announced by the Prime Minister and Education Secretary.

Mr Williamson told MPs that schools in England would close their gates to all pupils except those of key workers on Friday until further notice to reduce the spread of coronavirus.

Mr Johnson, speaking at a simultaneous press conference in Downing Street, urged parents not to leave children in the care of grandparents or older relatives who are at higher risk of becoming seriously ill with coronavirus.

– Exams will not take place this summer

The PM said the Government would ensure that “in time” pupils due to sit exams this summer get the qualifications they need after it was announced that tests will not take place as planned in May and June.

Mr Johnson said that the qualifications would be “administered” fairly and in order to protect pupils’ interests, but did not give details on how and when this would happen.

The Prime Minister refused to rule out a potential lockdown of the capital amid reports such measures are being considered in the coming days.

He said: “I have to tell you we will rule nothing out and we will certainly wish to consider bringing forward further and faster measures where that is necessary to suppress the peak of the epidemic to protect our NHS, to minimise casualties, and to minimise suffering.”

The Brexit transition period is due to end at the end of December, but Mr Johnson said he had no intention of changing the date and extending it despite the coronavirus crisis.

“It’s not a subject that’s being regularly discussed I can tell you in Downing Street at the moment… there is legislation in place that I have no intention of changing,” he told reporters.

“The modelling does take into account that not everybody is going to follow it but a very high proportion need to, which means we all really need to focus on this,” he said.

“The moment we say, ‘It’s not for me it’s for somebody else’, and the compliance goes down, the less effective it’s going to be. When we don’t adhere to this we are actually putting lots of people at risk.”