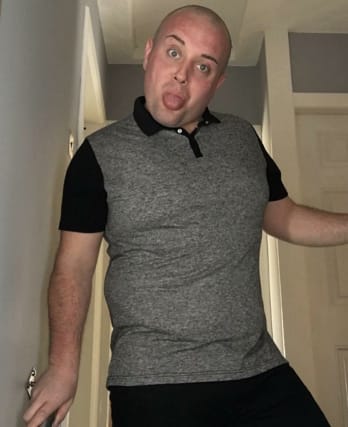 The father of one of the Manchester Arena bomb victims has described feeling “kicked in the stomach” as his son’s murderer was found guilty in his absence.

Daryl Price, whose son John Atkinson was killed in the blast, branded Hashem Abedi a “coward” for failing to face up to his crimes in court.

On Tuesday, Abedi, from Manchester, was found guilty of 22 counts of murder, attempted murder and conspiracy to cause explosions.

During the seven-week Old Bailey trial, he declined to give evidence, refused to sit in the dock and sacked his defence team.

Mr Price said: “We welcome the verdict but it doesn’t change what’s happened, it won’t bring John back.

“There is no justice for what Abedi did and there never will be, but it does feel like a weight has been lifted.

“The last few weeks have been draining, both mentally and physically, and when the jury read out their decision it felt like somebody had kicked me in the stomach.

“I was expecting it but it still knocked the wind out of me, I couldn’t breathe for a few seconds.”

“I am annoyed that he couldn’t make an appearance in court to face those people whose lives he ruined.

“I had planned to go to London for the verdict, I wanted to look him right in the eye, but he is too much of a coward for that”.

Mr Atkinson, 28, from Manchester, had been a support worker for people with special needs.

He was among 22 men, women and children aged between eight and 51 who were killed in the terror attack on May 22 2017.

He had been at the concert with his friend, Gemma O’Donnell, and was crossing the foyer when Abedi’s brother Salman, 22, detonated a homemade bomb packed with deadly shrapnel at 10.31pm.

Mr Atkinson, who had been with his partner Michael for 15 years, was evacuated from the scene but died of his injuries soon after midnight.

The court heard how Abedi was just as guilty of the atrocity as his older brother, who police believe called him in Libya en route to the Arena for last-minute encouragement.

He was involved in the planning and preparation, and helped source two of the three chemicals to make TATP explosives, jurors heard.

He was arrested by Libyan militia within 24 hours of the bombing and, in an unprecedented move, British authorities succeeded in securing his extradition last year.

Abedi, who was born in Manchester to Libyan parents, faces mandatory life imprisonment when he is sentenced by Mr Justice Jeremy Baker on a future date.

Detective Chief Superintendent Simon Barraclough, who led the investigation, has refused to rule out pursuing anyone else over the attack, saying the case remains “open”.

In an interview with the PA news agency, Mr Barraclough said police “keep an open mind” and would always be open to receive information or evidence of a wider conspiracy around the bombing.

He said: “At this stage in time the evidence existed purely to charge and prosecute Hashem Abedi.

“These matters are always left open but that’s where we are at the moment.”