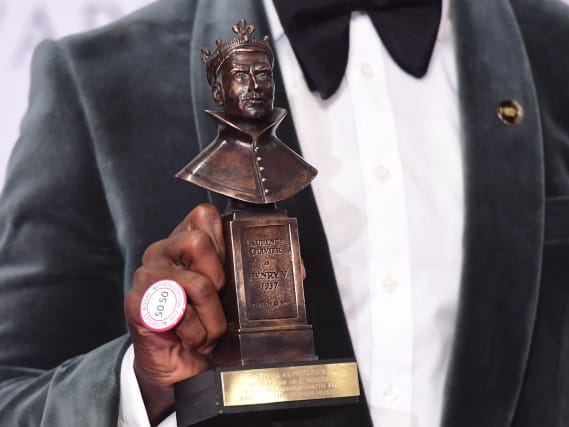 The entertainment industry has been hit with further postponements and cancellations due to the coronavirus outbreak.

The Olivier Awards, which celebrate the theatre industry, have been cancelled while Bafta postponed its annual television and TV craft awards.

Lionsgate studio has delayed the release of three films while doubts remain over the Eurovision Song Contest, which is set to take place in Rotterdam in May.

Here is how the coronavirus has affected the entertainment industry:

– Disney delayed the release of several films, including its blockbuster remake of Mulan and the Marvel film Black Widow. Horror films The New Mutants and Antlers were also pushed back to unspecified dates later in the year, while thriller The Woman In The Window was also delayed.

– Sony’s Peter Rabbit 2 was supposed to arrive in UK cinemas on March 27 but has been pushed back to August.

– The Secret Garden, starring Colin Firth and Julie Walters, has seen its release postponed from April 3 to August 14.

– Filming has been suspended on The Batman movie, starring Robert Pattinson in the title role, with Warner Bros announcing a two-week hiatus. The studio will “continue to monitor the situation closely,” it said.

– Production on Disney movies The Little Mermaid, Home Alone, The Last Duel, Nightmare Alley and Peter Pan & Wendy have all been paused.

– Warner Bros has suspended production on Harry Potter spin-off Fantastic Beasts 3, with no date so far set for a return.

– Production on Matrix 4 was under way in Berlin, but that is another high-profile casualty of the virus.

– Bafta has postponed its annual television and TV craft awards. The TV awards were due to go ahead on May 17, while the craft awards, which celebrate technical achievement in television, were due to take place on April 26.

– Filming for series six of crime drama Peaky Blinders has been postponed, according to the programme’s Instagram page.

– A source close to Netflix’s The Witcher Project said filming for the series had been halted.

– Long-running US sketch show Saturday Night Live was supposed to return from a break on March 28, but production will not resume “until further notice”.

– Marvel Studios has halted production on superhero series Loki, Falcon And The Winter Soldier and WandaVision.

– FX has pressed pause on work on both Pose and Empire.

– Netflix has stopped production on season four of Stranger Things. That is part of the streaming giant’s move to shut down all scripted TV and film production in the US and Canada for at least two weeks.

– Apple has also put work on many of its shows on hold. They include The Morning Show, Foundation, See, Servant and For All Mankind.

– Production on the second series of neo-noir fantasy Carnival Row, starring Orlando Bloom and Cara Delevingne, has been suspended.

– US late night shows have not been spared. Jimmy Fallon, Seth Myers, James Corden and Stephen Colbert have all had their shows put on a production break.

– The Ellen DeGeneres Show is another that has been paused. The host said she was “already bored” when the news was announced on Friday.

– Production on teen drama Riverdale was suspended due to a coronavirus scare.

– Wrestlemania will still go ahead on April 5 and air live, the WWE said, but it will be vastly scaled back and no fans will be allowed inside the venue.

– Other high-profile shows affected include America’s Got Talent, Grey’s Anatomy and The Handmaid’s Tale.

– The world famous Coachella music festival has been pushed back from its original April date to October. Country music festival Stagecoach suffered the same fate.

– As it stands, Glastonbury is set to go ahead, with headliners Kendrick Lamar, Taylor Swift and Sir Paul McCartney.

– Teen pop sensation Billie Eilish has been forced to postpone a string of US tour dates.

– Singer Jamie Cullum has cancelled the remainder of his UK tour ahead of planned performances in cities including London, Oxford, Liverpool and Cardiff.

– Record Store Day 2020 has been postponed by organisers by two months.

– Sir Elton John cancelled more than a dozen concerts in Canada and the US, which had been set to take place in March, April and July as part of his Farewell Yellow Brick Road tour. The concerts are being postponed until a later date.

– The Who and Pearl Jam have postponed their tours.

– The 2020 iHeartRadio Music Awards were supposed to take place in Los Angeles on March 29. Organisers said they “plan to reschedule at the appropriate time”.

– Radiohead frontman Thom Yorke postponed the US leg of his Tomorrow’s Modern Boxes Tour. He tweeted: “Ticket holders, please standby for information on a new routing for later this year. Apologies for the inconvenience.”

– Celine Dion pushed back the March and April dates of the North American leg of her Courage tour. New dates are yet to be announced.

– The Billboard Music Awards, which was due to take place in Los Angeles next month, was postponed on Tuesday. Organisers said they hoped to announce a new date and venue “in the near future”.

– The Olivier Awards, which celebrate the theatre industry, were due to take place on April 5 but have been cancelled.

– Theatres in the West End and around the UK closed from Monday night. The Society Of London Theatre (SOLT) – which represents hundreds of theatres in the capital including the National Theatre, London Palladium and London Coliseum – and UK Theatre said the decision was “not taken lightly”.

– The Royal Shakespeare Company also announced its three theatres would close following the Government’s advice to stop all “non-essential contact”.

– The Royal Opera House closed the building to the public and cancelled all performances in Covent Garden.

– The Royal Albert Hall announced it has closed its doors, warning in a statement that “the consequences of these national actions are going to be hugely damaging. The Royal Albert Hall does not receive regular Government support and is dependent on income related to events, which will not be happening”.

– The Tate said all four of its galleries – the Tate Modern and Tate Britain in London, the Tate Liverpool and Tate St Ives – will be closed from March 17 through to May 1.

– The Victoria and Albert Museum (V&A) said all of its sites – South Kensington, Museum of Childhood, Blythe House, V&A Dundee – will “temporarily close” from March 18.

– The Barbican will close temporarily “until further notice due to new UK Government advice on coronavirus/Covid-19”, a statement said.

– The National Portrait Gallery will close temporarily from March 18.

– The Natural History Museum has closed its buildings in South Kensington and Tring.

– The British Museum will close temporarily from March 18, but museum director Hartwig Fischer said it will remain accessible through its digital channels.

– The Royal Academy in central London closed its doors to visitors on Tuesday evening.

– The Met Gala, one of the biggest dates in the fashion diary each year, has been postponed, host Anna Wintour said.

– Video game event Electronic Entertainment Expo widely known as E3, was supposed to take place in Los Angeles in June. However, it has been cancelled.

– Vue announced all 91 of the company’s cinemas will close from Tuesday until further notice, while major chains including Odeon, Cineworld, Curzon and Picturehouse have also announced plans to close their doors for the foreseeable future.

– Organisers announced both the Cheltenham Science Festival and Cheltenham Jazz Festival would be cancelled.

– The Alexandra Palace venue, which hosts events including sports and concerts, announced that it was going to close “for the time being”.