Energy companies to help customers keep the lights on through pandemic 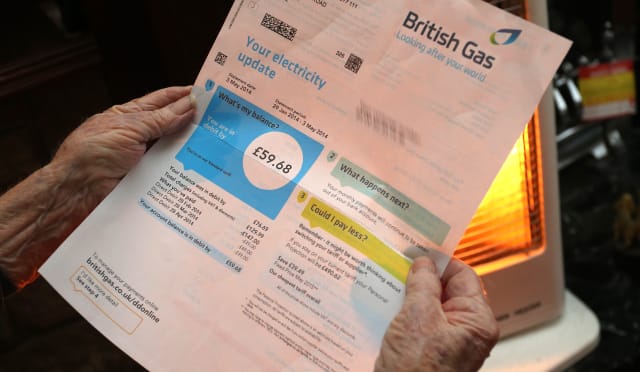 Britain’s energy suppliers have joined with the Government to launch an emergency package which ensures that vulnerable customers are able to keep the lights on through the coronavirus crisis.

Customers with pre-payment metres who are unable to leave their house can now speak to their supplier to get other options.

It could include sending someone else to top up their card, having a pre-loaded gas or electricity card sent to them in the post, or having funds added to their credit.

Customers who cannot afford to pay their bills will get support from their supplier, the Department for Business, Energy and Industrial Strategy has said.

Those in financial distress could get their debt repayments and bill payments reassessed paused or reduced where needed, and no credit metres will be disconnected during the outbreak.

“While friends and family will play a role in helping people impacted by the coronavirus, we recognise there will be many customers who will need additional support and reassurance, particularly those who are financially impacted or in vulnerable circumstances,” said business and energy secretary Alok Sharma.

Dame Gillian Guy, the head of Citizens Advice, said: “Keeping people on supply, making sure they have warm homes and don’t face additional financial or other stresses about their energy supply will be essential.”

Experts say that while energy suppliers might need to change the way they buy energy from the wholesale market slightly, Britain’s gas and electricity grids should be able to keep the lights running during the crisis without much problem.

And having people stuck at home might even out the peaks in the evening when people usually come back from work, when the strain on the energy system is at its highest.

Meanwhile, as offices and factories shut down, daytime energy use is likely to fall slightly, even as more energy is used in British homes.

“There’s a bit of a question as to whether it’s more efficient to be heating one building with 100 people in, or 100 people heating their houses individually, and the answer is probably no,” said Rik Smith, an energy expert at Uswitch.

But “I wouldn’t expect it to be increasing the peak”, he added.

“From that perspective I wouldn’t expect any material strain or additional shift,” he told the PA news agency.

But when taking into account industrial production, “overall demand on the grid would be reduced”, Mr Smith said.

One of the bigger problems may be that customers who would normally rely on heating and lighting in their place of work will find their energy bills have increased at the end of the month.

“This could mean that companies are money likely to experience bad debt … and that could place a strain on some of the businesses,” Mr Smith said.

Energy suppliers themselves had already been sending advice to customers. Last week, Bulb sent an email to pre-pay customers to “top up more than usual if you can” in case they have to self-isolate and cannot leave the house.

Reports had already said that some suppliers were considering delaying payments.

Anna Moss, at Cornwall Insight, said: “Self-isolating or working from home may mean consumers are using more energy, which for some consumers will pass through quickly to their energy bills. For those customers that fall into the vulnerable bracket, this can be daunting and difficult to manage.”

“People at home might go: ‘Actually I’m ill, the installer probably doesn’t want to come into my house’,” he said.